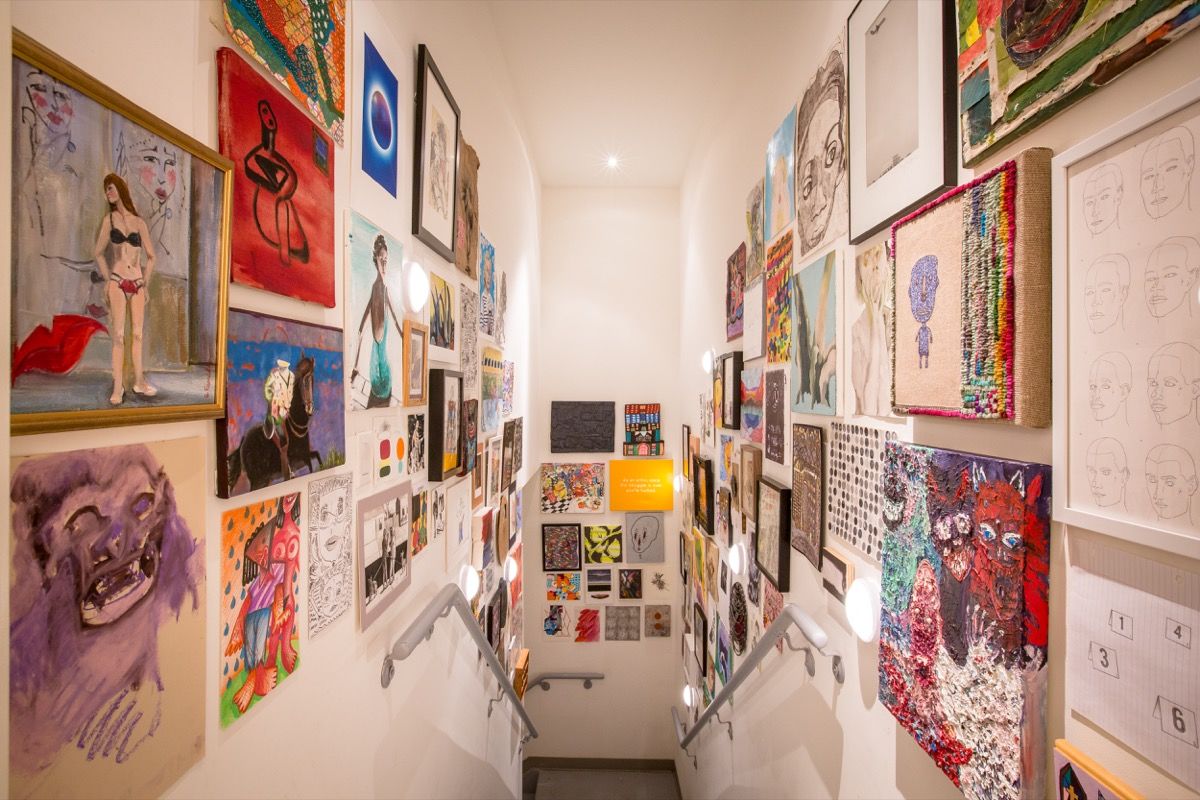 The inspiration behind this exhibition comes from the Andrew Edlin Gallery (with permission) in New York, who created, “Et Tu, Art Brute?” in November 2017. The curator Jamie sterns writes,

“What defines being an artist today? How does it feel to make art? Who is allowed to participate, and on what terms? This show has a very simple premise; we invited everyone—no matter their background, ability, level of success or anonymity—to contribute an original work of art.”

M. Chapel Projects / SPAACES founder Marianne Chapel believes art should be an inclusive experience for all, and that galleries and museums have a moral responsibility to the community they serve, not only to educate, but to be all inclusive, both for the viewers and the artists.

Le Salon Tout Inclus also references the Salon de Refusés which took place in France in 1863. The Paris Salon, sponsored by the French government and the Academy of Fine Arts, took place annually, and was a showcase of the best academic art. In 1863 the salon jury refused two thirds of the paintings. The rejected artists and their friends protested. These protests reached Napoleon III. Napoleon III sensitive to public opinion, issued a statement: “Numerous complaints have come to the emperor on the subject of the works of art which were refused by the jury of the exposition. His Majesty, wishing to let the public judge the legitimacy of these complaints, has decided that the works of art which were refused should be displayed in another part of the palace industry.” Journalist Émile Zola reported that visitors pushed to get into the crowded galleries where the refused paintings were hung; the rooms were full of the laughter of the spectators. Critics and the public ridiculed the refusés, which included such now-famous paintings as Édouard Manet’s, Déjeuner sur l’herbe and James McNeill Whistler’s, Symphony in White, No. 1: The White Girl. The critical attention legitimized the emerging avant garde in painting.