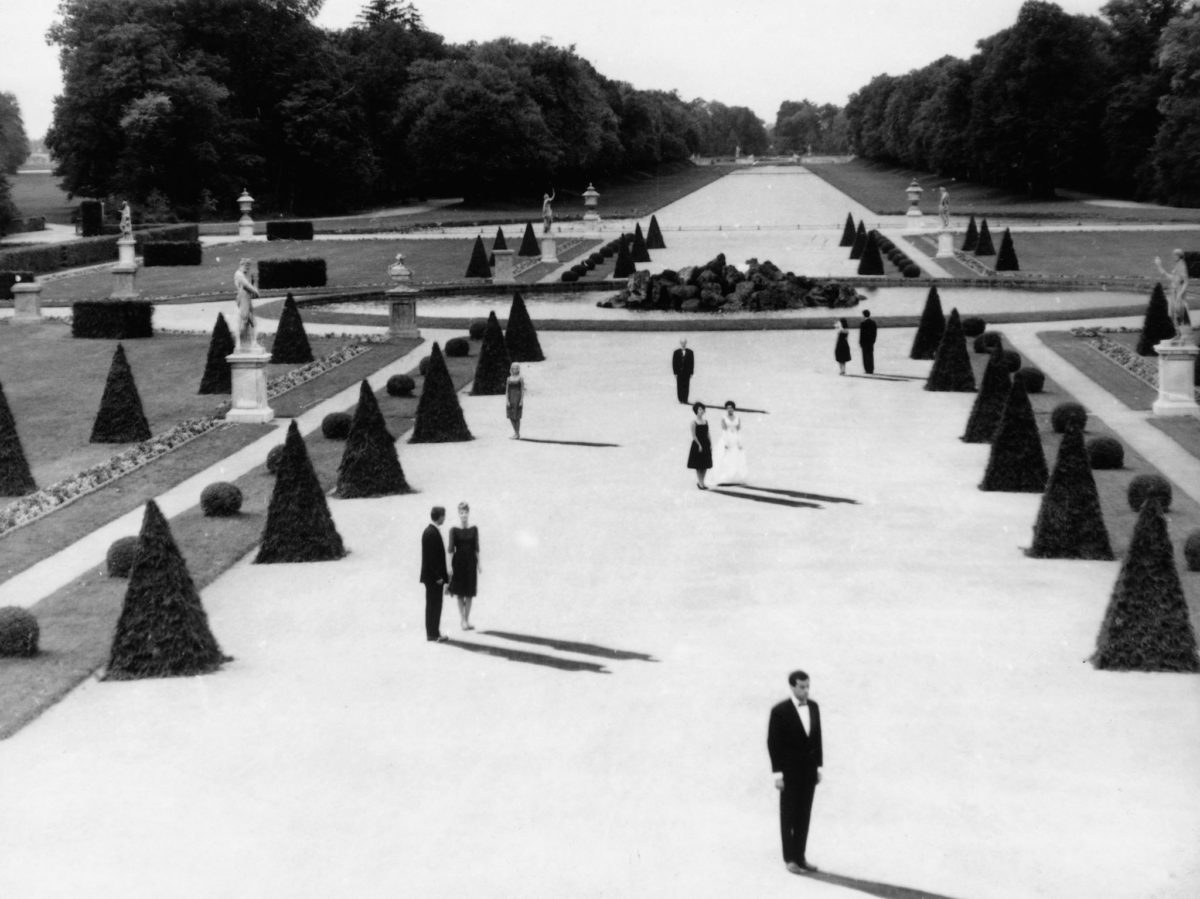 USF Contemporary Art Museum Director Margaret Miller will lead a discussion with Dr. Margit Grieb, Associate Professor of German and Director of the Film Studies Certificate Program, about the film and its pertinence to the David Claerbout exhibition at USFCAM, including a short introductory presentation and a post film conversation in the lobby with refreshments.

Ominous organ music resounds and the scope camera tracks through the seemingly endless halls of a baroque grand hotel as X (Giorgio Albertazzi) tries to persuade an initially disbelieving A (Delphine Seyrig) that they had met the year before. With dizzying time shifts and flashbacks, Last Year at Marienbad is the ultimate puzzle film.

LAST YEAR AT MARIENBAD – Trailer from Rialto Pictures on Vimeo.