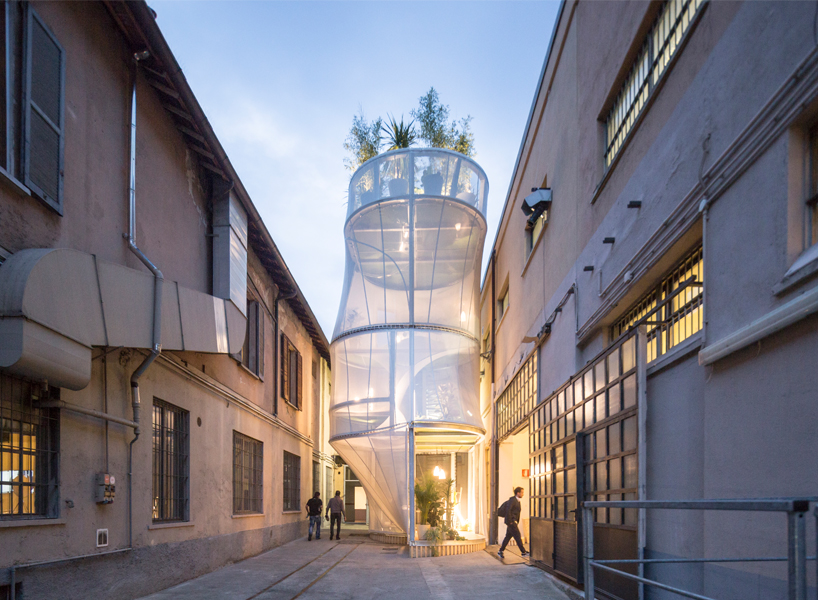 SO-IL is an award-winning architectural design firm founded by Florian Idenburg and Jing Liu. SO-IL specializes in envisioning spaces for culture, learning and innovation. Based in New York, SO-IL leads in the production of buildings, interiors, furniture and landscapes around the world. As a collective of diverse thinkers and makers, the firm engages with the ever-changing social, economic and natural environment through active dialogue that considers context, function and opportunity.

SO-IL has received extensive recognition and numerous prizes, including the Emerging Voices award from the Architectural League, the MoMA PS1 Young Architects Program Award and the AIA Young Architects Award. Their work has been exhibited at the Guggenheim Museum, Museum of Modern Art, Storefront for Art & Architecture, the LA Forum for Architecture and Urbanism, the Benaki Museum in Athens, the Center for Architecture in New York and Studio-X Beijing in China.

As part of their talk, Florian and Jing will present their new book Solid Objectives: Order, Edge, and Aura. Limited copies of the book will be available for purchase and signing by the authors.

Florian Idenburg is Founding Partner of SO-IL and Associate Professor in Practice of Architecture at Harvard’s Graduate School of Design. He is the 2010 laureate of the Charlotte Köhler Prize and a 2014 finalist for the Prix de Rome in the Netherlands.

Jing Liu is Founding Partner of SO-IL and a faculty member at The Graduate School of Architecture, Planning and Preservation at Columbia University since 2009. In addition to her professional pursuits, Liu serves on the board of Van Alen Institute, a NYC-based nonprofit dedicated to the transformative power of design.