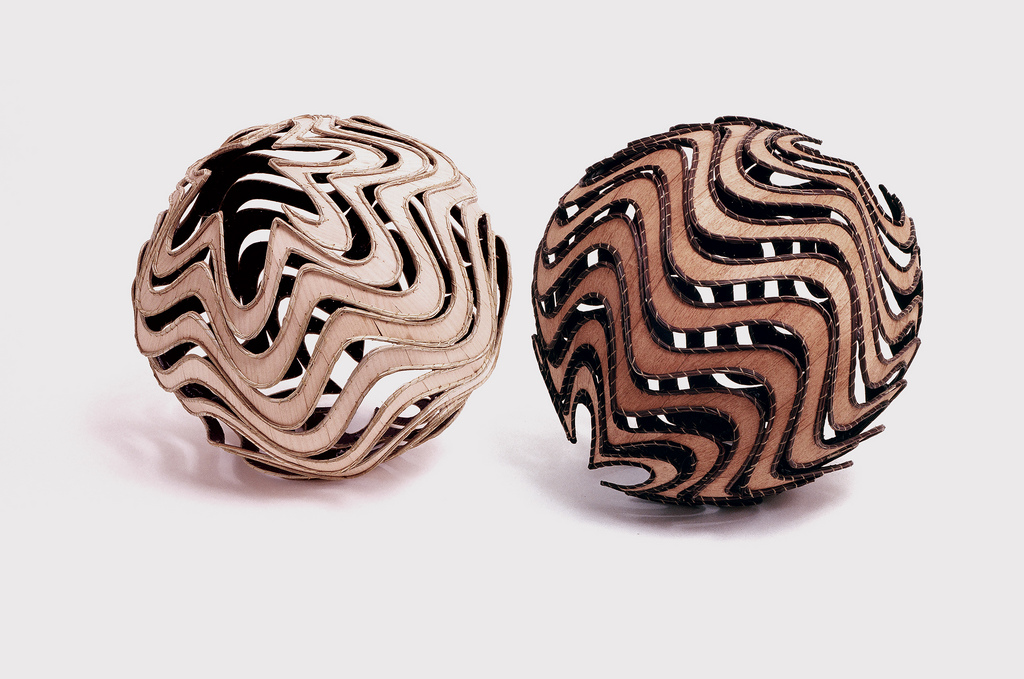 Chris Lasch of design studio Aranda\Lasch and Terrol Dew Johnson, artist and co-founder of Tohono O’odham Community Action (TOCA), have collaborated to produce a collection of experimental baskets and woven constructions that engage the traditional art of basket weaving while extending the tradition through advanced computation and fabrication methods. The collaboration explores algorithmic designs as a continuum stretching from the latest computer-aided techniques in design and architecture, back through the creative traditions of one of the world’s oldest art forms: weaving and basketry.

Chris Lasch is a partner in Aranda\Lasch, a design studio dedicated to experimental research and innovative building. The studio designs buildings, installations, furniture and objects through a deep investigation of structure and materials. Recognition includes the United States Artists Award and Young Architects + Designers Award in 2007, the Architectural Record Design Vanguard Award in 2014, the Architectural League Emerging Voices Award in 2015 and were named one of Architectural Digest’s 2014 AD Innovators.

Terrol Dew Johnson is a community leader, nationally recognized advocate for Native communities and renowned artist. In 1996, he co-founded Tohono O’odham Community Action (TOCA), a grassroots community organization dedicated to creating positive programs based in the O’odham Himdag – the Desert People’s Way. In 2002, Johnson and TOCA Co-Director Tristan Reader received the Ford Foundation’s Leadership for a Changing World Award. As an artist, he has won multiple major awards and his works are in the permanent collections of museums such as the Smithsonian’s National Museum of the American Indian and the Heard Museum in Arizona.