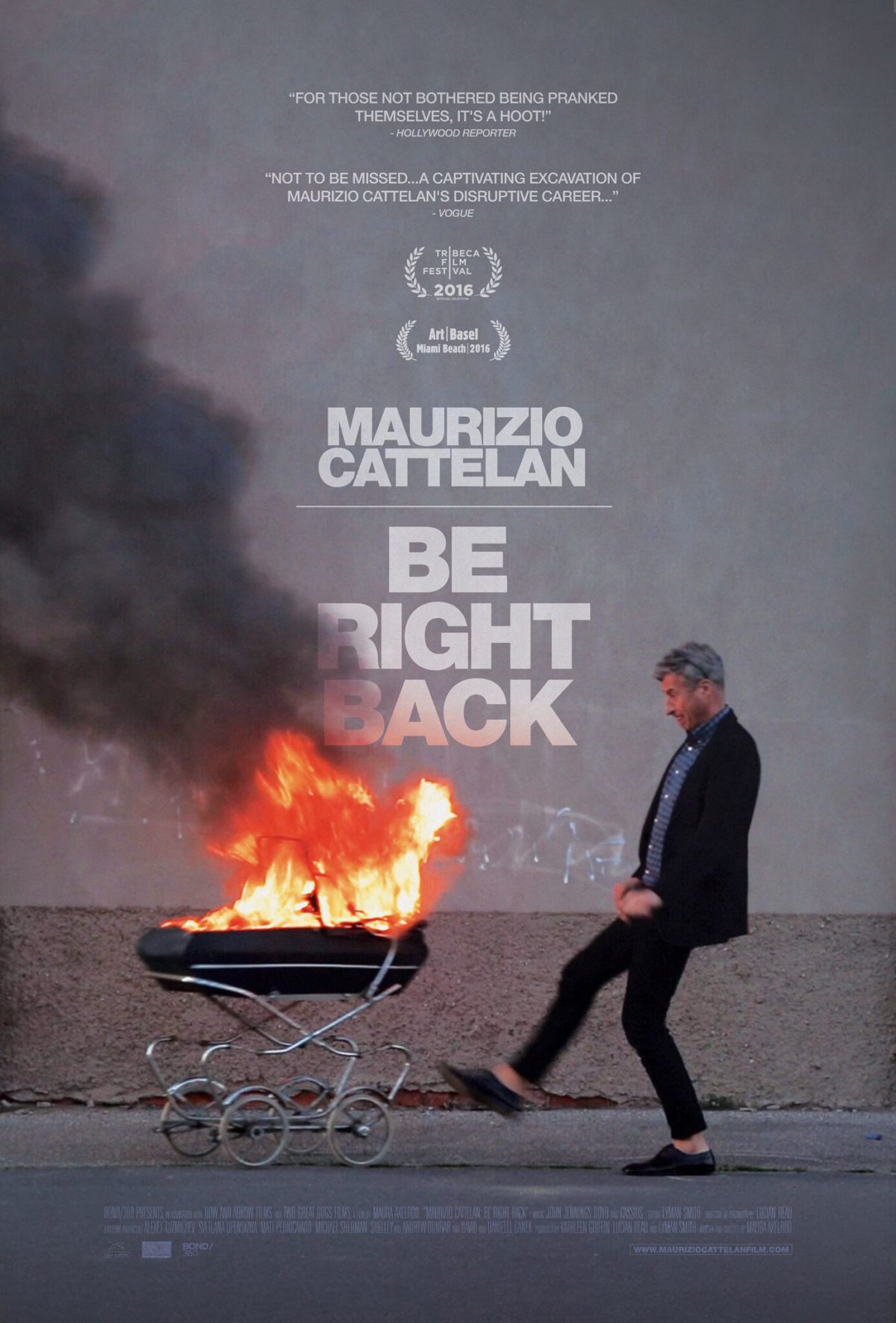 In the documentary film Maurizio Cattelan: Be Right Back, filmmaker Maura Axelrod excavates Cattelan’s disruptive and indelible career as the art world trickster of our time. Cattelan shook up the contemporary art world beginning in the late 1980s with a series of action-based installations including his first solo show in Milan, in which he padlocked an empty gallery – barring entrance to critics and spectators – and simply hung a sign on the door that read “Torno Subito” or “Be Right Back.” Known best for his shocking photorealistic wax sculpture of Pope John Paul being felled by a meteorite and of child-size Hitler kneeling in prayer, Cattelan’s work is often wildly offensive and yet incredibly popular, selling for tens of millions of dollars at auction.

Featuring interviews from curators, collectors, art-world luminaries, the film builds a compelling picture of the conceptual artist and what makes him tick.