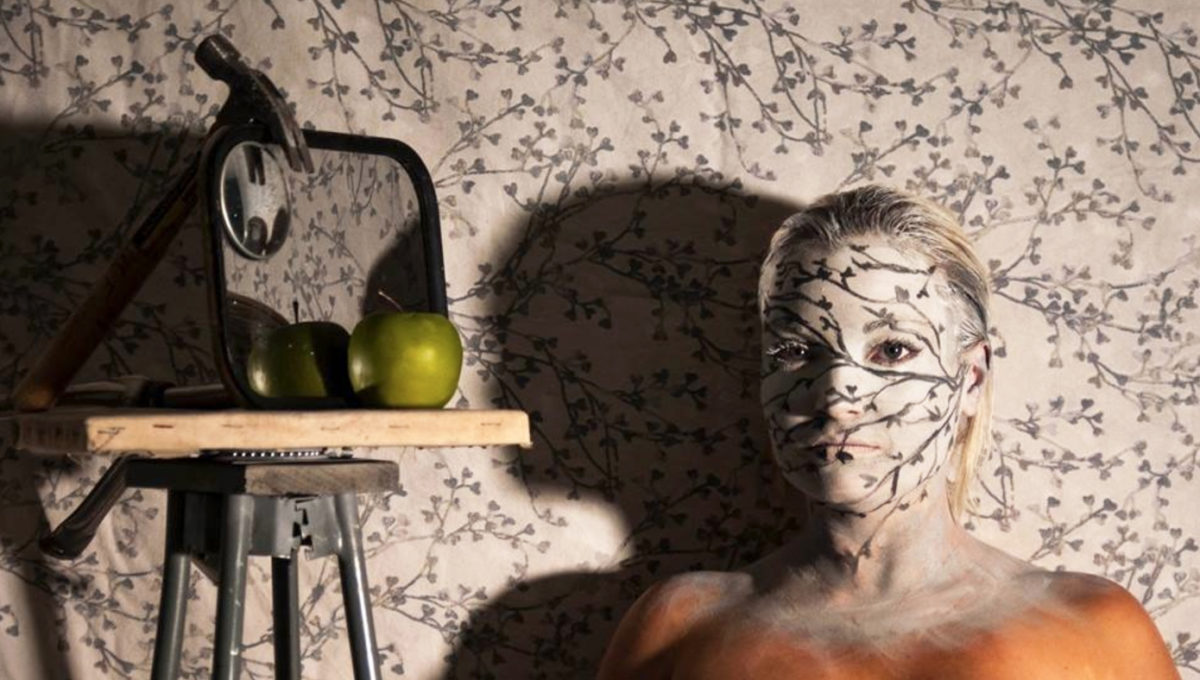 Ringling Underground is a series of one night only events combining live music and experiential artworks in the Courtyard. The event is free for college students with a valid college ID. It is an extension of the Art After 5 program held on Thursday evenings. After hours discounted admission is $15 for adults; $5 for children 6-17, children 5 and under and Museum Members are free.

Danielle Dygert (b.1993) is a landscape and portrait artist based in Sarasota FL. She received her B.A. from New College of Florida Art department in 2016, with a focus in Classics. Danielle’s paintings are known for their use of mythology and portraiture as a means to challenge identity and persona construction. Mythologies operate in an individual’s mind and societies alike, they depict self-image and cross-cultural views and create potent tensions of changing societies and history. Currently she works as the Administrative Assistant at the Art Center Sarasota and as an instructor at a private studio in Lakewood Ranch. Danielle has exhibited and performed regionally (at venues such as Two Columns Gallery, Tricho, Tampa Museum of Art, and Art Center Sarasota). She is currently working with the Institute for Psychogeographic Adventure on a multidisciplinary performance for the Ringling Museum’s Experiment #42.000 to take place in March 2017. Nathan Freda, from Tampa, is a 2012 Ringling College of Art and Design alumni who focused in printmaking and sculpture. Previously working in printmaking studios in Sarasota and New York, Nathan now works as a framer in the Tampa Bay area. He has also started selling his soft sculptures and ‘fiber paintings’ on multiple websites. Nathan’s work portrays imagery upon his personal communication skills. The three-dimensional works he create represent a surrogate for himself expressing thoughts and emotions he finds difficult to say aloud. He uses fabric and yarn to convey a ‘welcoming’ feeling. Each object holds a link to a memory of someone or something that he once had a connection to that he cared about at a particular moments of his life. Lauren Moradi‘s sculptural pieces work to dissect the ideas of the domestic while subtly critiquing the comfort of a living space. By injecting irreverent and often nihilistic humor into the familiar belongings and detritus that she draws her work both welcomes and ostracizes the viewer, aiming to make them feel as if they are simultaneously invited into yet uncomfortably trespassing upon someone else’s private space. Working out of Tampa, FL Moradi received her BFA from University of South Florida in 2012. She has shown at Tempus Projects as well as being a founding member of their project gallery space QUAID. Yanuary Narravo was born in a tiny village cradled by mountains in Honduras. She studied illustration at the Ringling College of Art and Design in Sarasota, Florida and currently works as a layout designer in the Tampa Bay area.
Her personal paintings and illustrations are part of a series of ongoing visual short stories titled ‘The World of Wolli.’ The pieces are depicted in no chronological order. She has been building the story one painting at a time over the years. Subjects referenced in the works include a love for botany, earth & space science, Sci-Fi, fairy tales, childhood, and Latin American culture.
Over the years the narratives have expanded to include a network of people around her, with their life stories, and how they inspire her. She exaggerates people into these characters in the form of storytelling. Truths are costumed in metaphors which creates inviting images to entertain the viewer. With each piece she reminded that individually we are just a tiny dot in the context of our universe. At the same time that all tiny dots have a purpose. As Dr. Seuss said it best, “ No matter how small.” Manny Rangel is self taught artist based out of Sarasota, FL. He is described as an Escher like draftsman that stumbled into the worlds of Miro, Tanguy, and Ernst. Symbolism makes it’s presence throughout his work, not only through the objects that are painted but by the techniques and styles he uses. He shows patience, structure, and intricacy in the form of stippling and a childlike simplicity with his use of gouache paints. His interest in the human mind and exploration into his own create a surreal look into man’s constant struggle with structure and simplicity; reality and dreams.

The John and Mable Ringling Museum of Art