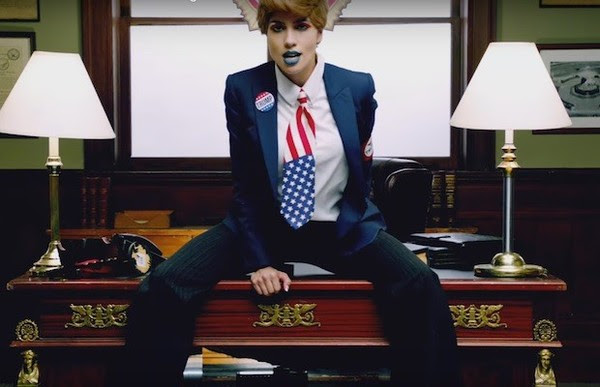 In continuing efforts to provide engaging cultural programs and experiences through a collaborative and feminist curatorial perspective, Cunsthaus is proud to present a series of music video screenings by Russian artists and activists Pussy Riot opening on Friday, January 6th from 7-10pm. Admission is free but donations are encouraged. All contributions will be donated to Planned Parenthood. 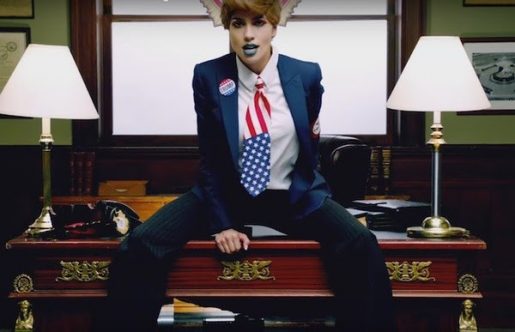 Known for their blend of radical performance and leftist ideals, Pussy Riot became the focus of international attention in 2012 as members Nadya Tolokonnikova, Masha Alyokhina and Yekaterina Samutsevich were arrested and jailed after performing an anti-Putin “punk prayer” in Moscow’s Christ the Saviour Cathedral. As Pussy Riot researcher Masha Gessen has written, “Pussy Riot are the first real dissidents of the Putin era, but like all dissidents they’re individual actors, perpetually out on a limb. Their actions have had dire but clear consequences, and in return for the hardships they’ve faced, they have received a voice and a mission.” Sonic Youth’s Thurston Moore has deemed Pussy Riot “One of the most important groups of our time.”

A vocal and active proponent of free speech in Russia, Pussy Riot has turned its attention to the United States, as evidenced by their most recent video “Make America Great Again” which will be screened at Cunsthaus. Also to be shown are the Russian-language video “Organs” with an English translation and “Straight Outta Vagina,” co-written with TV on the Radio’s Dave Sitek. Of this song, Tolokonnikova told The Guardian, “I believe the idea of powerful female sexuality is much bigger than any populist megalomaniac man.” These music videos epitomize the brash and brave energy of Pussy Riot, and further their role as international protesters. Cunsthaus has worked with Pussy Riot co-founder Nadya Tolokonnikova to secure permission for these screenings.

CUNSTHAUS was established in the spring of 2016 by fourteen women in the Tampa Bay-area with practices in education, visual art, music, curation, and writing. Sited next to artist-run gallery space Tempus Projects, established in 2009, CUNSTHAUS is further developing the Seminole Heights neighborhood as an arts destination. Offering unique exhibitions and events spanning a range of media and a varied survey of artists, CUNSTHAUS’ primary mission is to create a space for artistic expression, dialogue and reflection contributing to the arts community within the local neighborhood of Seminole Heights and the Tampa Bay region.