A solo exhibit showing oil paintings and photographs. The images take you from Ocala National Park to the Zapata Peninsula. 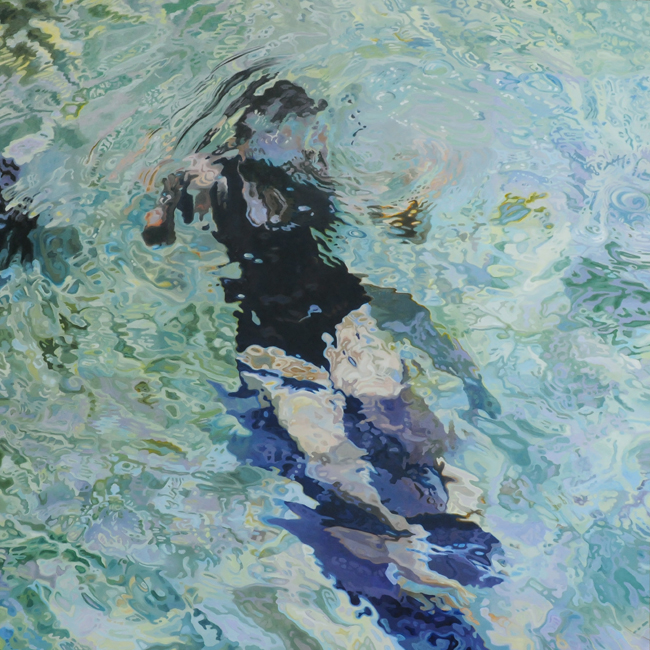 Jean has expanded her study of waterways by moving into Florida’s springs. A week spent in the cabin overlooking Sweetwater Springs in the Ocala National Forest has led to the inclusion of submerged figures in her oil on panel paintings. Also in this latest body of works, are images from Fisheating Creek, Chassahowitzka Springs, and the Myakka River. 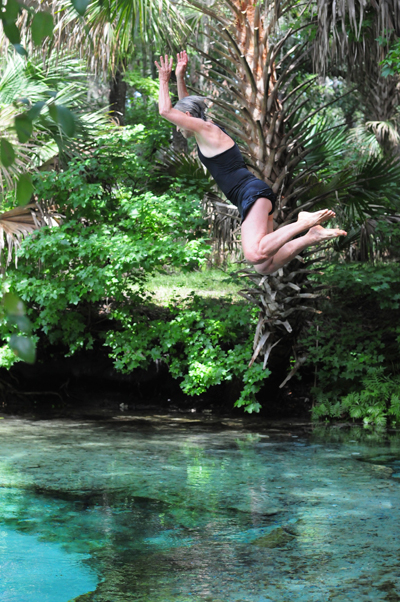 Jean Blackburn spent a month in Cuba last Fall. A Chinese bus carried a small delegation of US and Cuban citizens on an in-depth look at the island from Baracoa on the Eastern tip to Vinales in the West, then down to the Zapata Peninsula. During the first half of the journey, Jean gave a presentation on public art in Florida, visited numerous artist’s studios, art curators, historians and UNESCO World Heritage Sites. The second portion of the trip was devoted to wildlife surveys in several of Cuba’s spectacular environmental preserves. Although the culture and wildlife of the country were the initial draw; another subject became an irresistible target for thousands of iphone snapshots. The ever-present, universal and homogenized dogs are, at once, fascinating and occasionally disturbing. Jean’s exhibit includes a photographic piece titled “One Hundred Cuban Dogs”, as well as many other works revealing the close connection between the Cuban people and domestic animals.