The most comprehensive retrospective of Pearlstein’s art to date and features 62 paintings, drawings, and prints. Many have never before been seen by the public or outside of New York City. 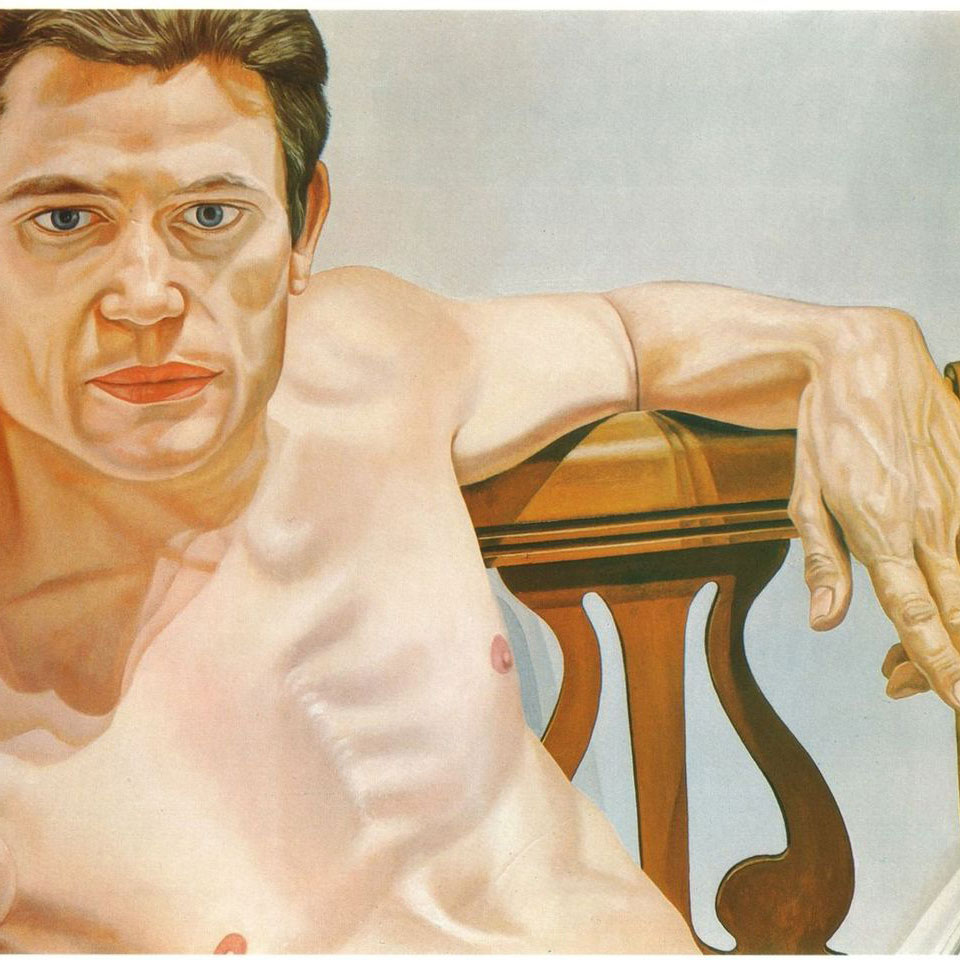 As he approaches his 90th birthday and a nearly 75-year career in 2014, the eminent realist painter Philip Pearlstein remains as creative, vital, and iconoclastic as ever. Especially known for his large-scale nudes posed in the studio, he has also painted extraordinary portraits, landscapes, and historic monuments and sites.

Philip Pearlstein’s People, Places, Things is the most comprehensive retrospective of his art to date and features 62 paintings, drawings, and prints. Many have never before been seen by the public or outside of New York City. This stellar exhibition opens Saturday, March 2, and continues through Sunday, June 16. MFA exhibitions and educational programs are sponsored in part by The Stuart Society. The Tampa Bay Times is the Media Sponsor.

Distinguished independent curator Patterson Sims has developed the exhibition with the full participation of the artist and the Betty Cuningham Gallery in New York. He has also worked closely with Hazel and William Hough Chief Curator Jennifer Hardin and the MFA staff. Mr. Pearlstein will discuss his life and work with Mr. Sims in a public conversation at the Museum on Saturday, March 2, at 3 p.m. Dr. Hardin will conduct a Gallery Talk on Sunday, April 14, at
3 p.m. Both are free with MFA admission.

“The MFA is honored to present the work of this American master,” said Director Kent Lydecker. “Philip Pearlstein once said, ‘I trust my eyes.’ That trust, vision, and talent have taken his art to new heights. It is a privilege to see the full scope of his career in this exhibition.”

Born in 1924 in Pittsburgh, Mr. Pearlstein first received national recognition in high school. He won the Scholastic Art Award for his Merry-Go-Round (1940), the earliest work in this retrospective. That youthful painting was reproduced in LIFE magazine. He continued his studies at Carnegie Tech (now Carnegie Mellon University), where he formed a friendship with fellow student Andy Warhol (then Warhola).

Other early works were created near Jacksonville, Florida, where he was stationed for training during World War II. He produced a series of watercolors focusing on army life and the tropical landscape, and later served in Italy, designing signs and diagrams and sketching symbols for maps.

After graduating from college, Mr. Pearlstein set off for New York with Warhol, where for several months they were roommates. Mr. Pearlstein married Carnegie Tech graduate Dorothy Cantor in 1950 (they have three children). His powerful painting Superman (1952), from The Museum of Modern Art, made him a forerunner of Pop Art. Mr. Pearlstein completed an MA in art history at The Institute of Fine Arts at New York University and began his career as a highly respected and popular professor of art, first at the Pratt Institute, Yale University, and then for many years at Brooklyn College, where he is a Professor Emeritus.

During his time at Pratt, he produced expressionist landscapes and other works in response to Abstract Expressionism, but as Mr. Sims notes, by late 1961 “…Pearlstein had a revelation: highly objective realism was the most radical and compelling direction he could pursue.”

Mr. Pearlstein presents his models together and singly and in highly unusual poses. The perspectives are compelling and parts of the body, including the head, are sometimes cut off. The models usually do not look at or particularly relate to each other, or the viewer. He has increasingly positioned his models with a wide array of objects, seemingly turning human figures into still life elements. Reflections in mirrors add another dimension to his compositions. These juxtapositions of figures and objects create tension and complexity.

According to Mr. Sims, “Pearlstein’s dispassionate eye has viewed clothed bodies no less unstintingly than naked ones.” He has painted more than 160 portraits of family, friends, and some more famous subjects like Henry Kissinger. The survey displays that portrait, as well as those of fellow artists Chuck Close, Scott Burton, Rackstraw Downes, and the young Andy Warhola (around 1948).

From his art history studies and extensive travels, Mr. Pearlstein developed an intense interest in well-known monuments and historic sites. His eye for detail emerges clearly in such works as View of Rome (1986) from the MFA collection, two depictions of the Great Sphinx of Giza (both 1979), Angkor Wat (1999), and the expansive Jerusalem, Kidron Valley (1987-1988), from the collection of the University of South Florida Contemporary Art Museum.

Mr. Pearlstein’s work is in more than 75 public collections, including the Metropolitan Museum of Art, The Museum of Modern Art, and the Smithsonian American Art Museum. He is a former president of the American Academy of Arts and Letters, the illustrious New York honor society comprised of 250 architects, composers, visual artists, and writers.