Elegant, sculptural, clean-lined, sleek. These were some of my reactions to Herb Ritts’s black and white photographs of nudes, fashion models and celebrities on display in the exhibition Herb Ritts: L.A. Style at The John and Mable Ringling Museum of Art. 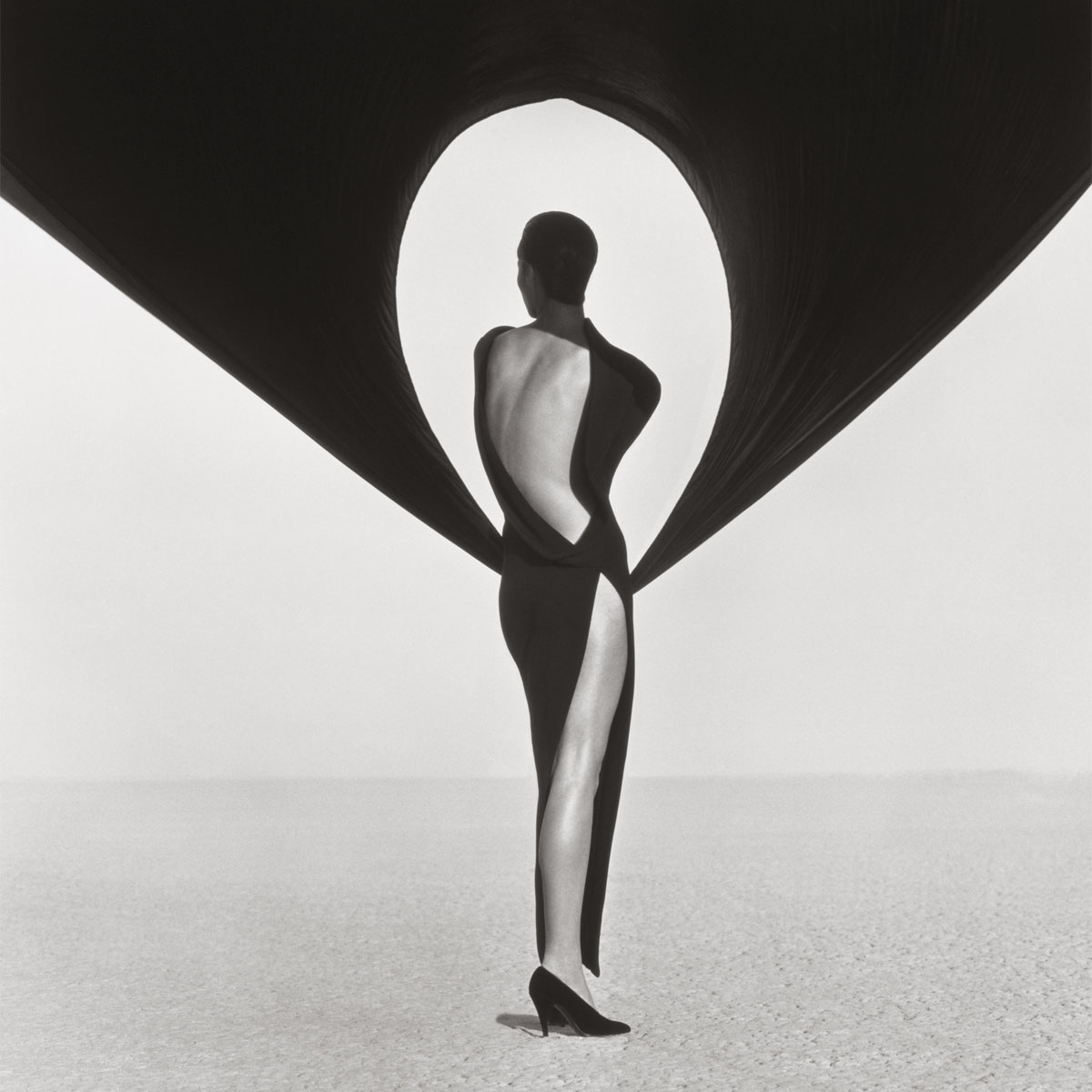 Elegant, sculptural, clean-lined, sleek. These were some of my reactions to Herb Ritts’s black and white photographs of nudes, fashion models and celebrities on display in the exhibition Herb Ritts: L.A. Style at The John and Mable Ringling Museum of Art.

His vintage magazine covers and prints, both well-known and formerly unpublished photographs, along with directorial projects, are on view in the Ulla R. and Arthur F. Searing Wing Galleries.

From the late 1970’s to 1990’s, Herb Ritt’s work was ubiquitous. The Los Angeles based photographer’s use of California sunlight and outdoor locations, such as the beach and desert, became identified as “L.A. Style.”

There’s a good chance you’ve seen Ritts’s photographs before, even if you didn’t realize it. His finger was on the pulse of a post Pop Art world, where art, commerce and popular culture informed and fed each other.

He’s known internationally for his fashion and celebrity shoots for many magazines and advertising clients such as Vogue, Interview, Rolling Stone, Vanity Fair, Ralph Lauren, Calvin Klein and Armani, among many others. He also directed award winning music videos and worked with musicians including Madonna, Janet Jackson and Chris Isaak.

I’d always thought of Ritts’s glamorous photographs as the ultimate embodiment of his particular time in history. It took this current exhibition for me to recognize that his work not only raised the level of commercial photography but also easily transcends it into original and innovative territory.

At first the photographs look simple. Perhaps that’s because the subjects are so beautiful. However, upon studying the many angles and patterns, a more complicated understanding and appreciation of his work evolves.

Each composition is a sophisticated interplay of shadow, light and form. The sharp clean lines created wherever the subjects’ bodies meet their surroundings, give each image an exacto knife crispness that is riveting.

The more you look at Ritts’s work, the more you see how he configured his subjects, shapes and light arrangements to reflect his elegant interpretation of individual beauty and sensuality, visual equilibrium and personal power.

The actual photographs often feel like contained raw energy: a heavy chain snakes around a man and showcases his rippling, strong body; fabric stretches over a woman’s sinuous bare form and both reveals and hides it. The sculptural bodies are so articulated and revered that you feel (or wish) you could reach out and touch them.

The details in the various photographs are also exquisite and evocative: an old-fashioned face veil is a delicate scrim of lines; some tumbleweed held overhead suggests dance imagery or a human tree.

The overall effect of Ritts’s work is bold and modern, but the influence of classical sculpture lends the photographs a timeless presence. Many of the nudes remind me of those found on ancient Greek vessels. Although, the Greeks probably didn’t place an octopus on the head of a man, as Ritts did in “Djimon with Octopus.”

An image like this, which could easily have turned out silly, is one of the most compelling in the show. It’s a good example of Ritts’s talent— he could take even something grotesque and turn it into a beautiful and arresting work of art.

The exhibition was organized by Paul Martineau, associate curator of photographs at the J. Paul Getty Museum in Los Angeles, where it was exhibited last year. Martineau worked on this show for four years pouring over 1100 boxes of material from the Herb Ritts Foundation. His respect for Ritts’s art is palpable and contagious. By the time you leave this show you’ll understand why, if you hadn’t already before.

Martineau’s thoughtful selections flow seamlessly from room to room by subject and provide an overview of Ritts’s art and far reaching influence. The intentional spacious hanging of the work in the Searing Wing Galleries creates a calm viewing atmosphere in which to carefully look at the photographs, videos and cased printed material.

Every item is presented with care—even the material in the cases is perched on low, slender platforms that reinforce their identification as art objects. Particularly inviting are two publications displayed next to each other. They are in elevated reading positions, gracefully held three quarters open by the stands beneath them.

The theme of stylish elegance and sleek modernity is reinforced by the choice of purple walls with a thick gray stripe above that both defines the hanging space and reduces the wall height to complement the works.

Matthew Mclendon, curator of modern and contemporary art at the Ringling Museum, explained that this exhibition, part of the museum’s “Art of Our Time” initiative, celebrates an artist who is finally receiving the museum and scholarly attention he deserves. It is the only East Coast venue for the show and big crowds are expected.

I think you’ll be back more than once.

One thought on “Herb Ritts: L.A. Style at Ringling Museum by Pamela Beck”