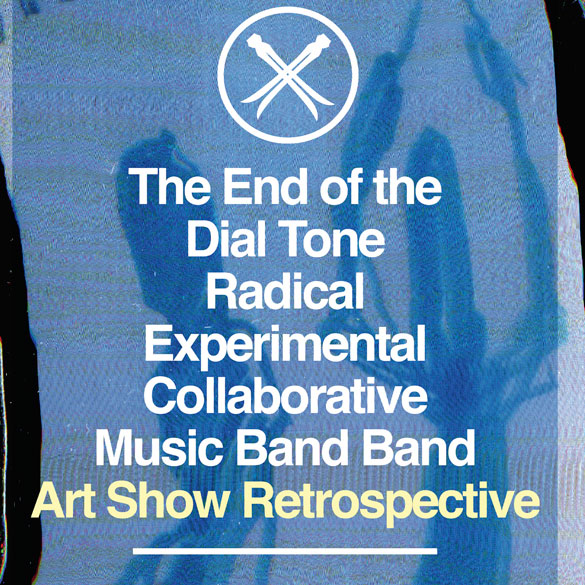 An art showcase of artwork photographs and video that cumulated from two years of The End of the Dial Tone Radical Experimental Collaborative Music Band Band events. The exhibition will featuring art by Eric De Barros, Van Jazmin, and April Doner. Photography by Scott Braun, Coo-Images Christina Ostrye, and Gabriel Hernandez, typewritings by Zach Skylab, videography by Stephen McFadden. A variety of local organizations are backing the exhibit, including the HuB, Growler’s Pub, Jessica’s Frames, Smokin’ Joes, and even Tube Dude.

What is T.E.O.T.D.T.R.E.C.M.B.B? According to Sarasota Music Scene: John Lichtenstein invites musicians from local bands to collaborate in a mix of music styles, as well as actors, writers, poets, artist, photographers and videographers. Ordinary people that may have otherwise never crossed paths. He throws them into a seemingly chaotic jam session setting with props of statues, lightings and sound effects, musical instruments of all types, sounds and sizes, all resulting in an overload to the senses that the audience’s ears and eyes have never experienced before.