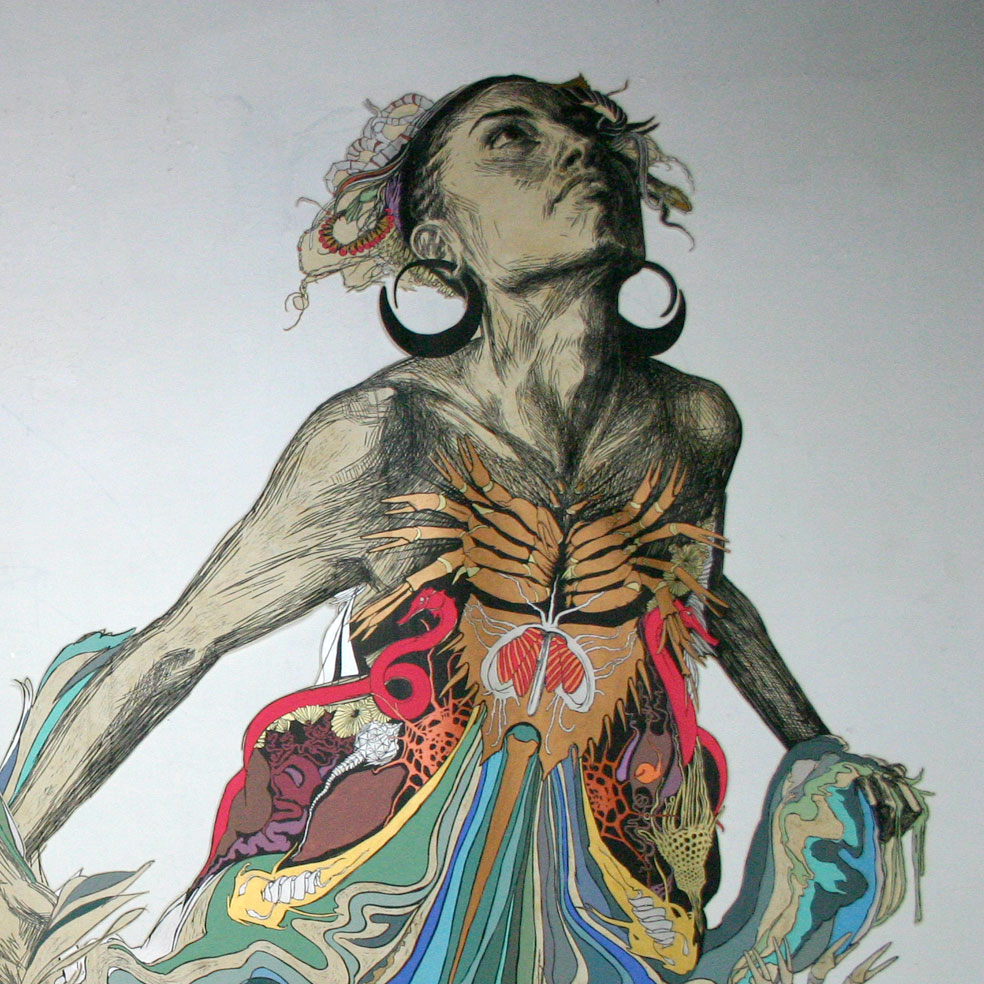 Prior to the reception, Swoon will host an artist’s talk at 5 p.m.in the Fine Art Gallery. The SCF Chamber Choir, under the direction of Melodie Dickerson, will honor Swoon with a performance of Eric Whitacre’s “Water Night.”

“Petrichor” is the scent of the first rain upon the earth after a long dry spell and derives from the Greek name of the fluid that flows through the veins of the gods. Swoon selected “Petrichor” as the title of her new site-specific installation, which exalts ordinary life as it unfolds.

For the last 14 years, Swoon has been involved in an ongoing exploration of people’s relationships to their environments. The artist’s initial impetus to create interventions in the urban landscape continues to unfold in a variety of ways.

From 2006-2009, she constructed and navigated flotillas of rafts made from recycled materials down the Mississippi and Hudson rivers and across the Adriatic Sea from Slovenia to Venice, Italy.

Since 2008, Swoon has been working independently and in collaboration with Transformazium, a group of artists and activists, on community-based projects in the town of Braddock, Penn.

She has partnered with the group Konbit Shelter since 2010 for an ongoing project to construct a community center and a home in earthquake-devastated Haiti, bringing her creativity to the reconstruction effort.

Swoon also is currently working on the construction of a musical house called “Dithyrambalina” with the New Orleans Airlift.

In addition to her community-based work, the artist maintains a studio and installation-based practice of drawing, printmaking and the construction of architectural installations and sculptures around the world.

Swoon is a resident of Brooklyn, New York, where she attended the Pratt Institute from 1998 to 2001.

On Feb. 28 at 8 p.m., the SCF Symphony Orchestra will present “Vive la France!” and music by French composers.