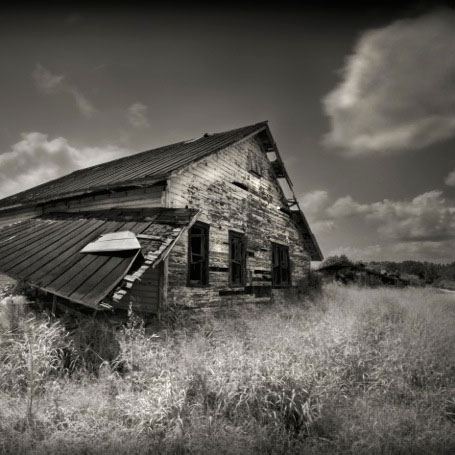 Virginia Hoffman is celebrated in Sarasota for her work in the high-end interior design industry. For the past 30 years, Hoffman has created one-of-a-kind sculptural furniture, architectural glass works and free-standing sculpture. The artist says she’s now turning her creativity towards fine art photography and mixed-media. Photography is nothing new to Hoffman; she remembers setting up her first darkroom in the family bathroom when she was only 14.

“My first camera was a plastic toy purchased for one dollar,” she says. “Later on, I graduated to a Minolta twin lens reflex that my sister’s boyfriend gave me. I learned how to take my first images by reading the instructions provided with the Kodak film. I guess I’ve always been fascinated by photography—and glad I’ve found my way back after all of these years.”

There’s another good reason for her switch to a new medium. Hoffman says that after 30 years working with such physically demanding media as metal and heavy glass, her new focus suits her perfectly. “Using today’s state-of-the-art digital technology has opened up so many new possibilities and creative expressions for me,” she says. “I don’t have to haul materials that weigh a ton or wear safety glasses when I work,” she laughs, adding, “but I’m still sculpting. Only now I sculpt with light. Photography, for me, is not so much about context as it is about capturing light.”

According to Hoffman, “Florida in Context,” showcases images that reveal old Florida. “I try to capture the unusual, the ordinary, the ignored and rejected,” she says. “Perhaps I can stimulate an interest in preserving places that sit quietly in the dust by revealing their essential rustic beauty.” Hoffman says she employs various methods in her work, including alternative processing techniques and mixed-media, including encaustic or painting with wax.

The artist captures her images during her travels on the region’s back roads, often with fellow photographers. “It always fascinates me when I go on a trip with my buddies and we come back after photographing a place or thing and I discover that they saw something I didn’t see. I’m also struck by the way they expressed something that I photographed in one way but has become so different after being translated through their aesthetic and mind’s eye.” She says the unofficial name of the unofficial group is the “Pinhole Wizards,” and comprises fellow photographers, Matt Allision, Salvatore Brancifort, Brian Bruan, Chris Thibaut, and Richard Porter. Some of their work will be on display along with Hoffman’s at this exhibit.