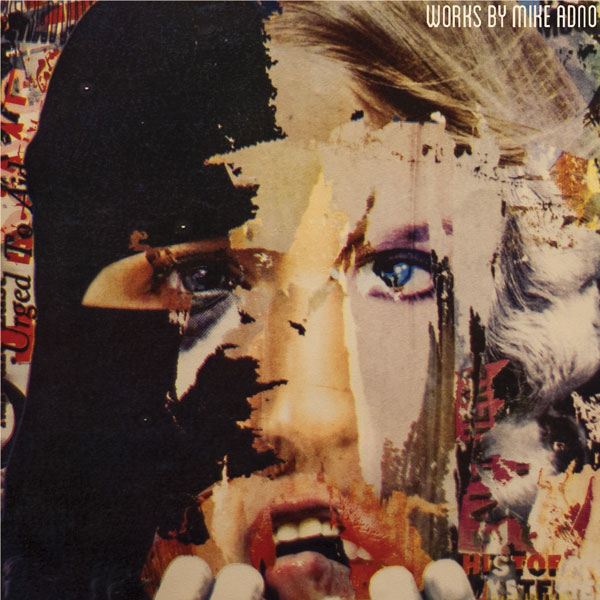 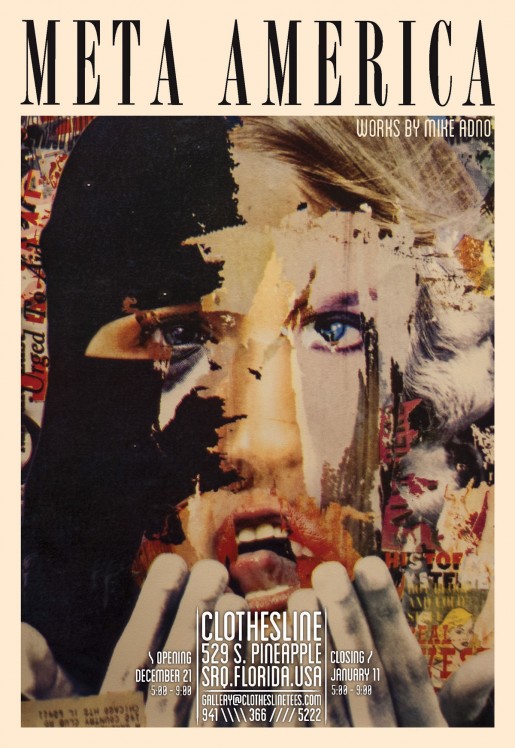 Clothesline presents Meta America, a solo exhibition by multi-disciplinary artist Mike Adno. An opening reception will be held December 21, 2012 5 p.m. – 9 p.m. and will remain on display through January 11, 2013.

In Mike Adno’s exhibition Meta America, the artist investigates race, identity, gender, and western perspective. Adno sheds light on issues often considered taboo and brings life to the otherwise mundane. The work incites a sense of overwhelming nostalgia, both personal and universal. With an interdisciplinary approach that lends itself to romanticized Americana and street art, Adno expresses these ideas through painting, photography, video, sculpture, installation, and printmaking.

The show is a true testament to his practice and general curiosity. By investigating various themes from phobias to monotheism, the exhibition evokes a higher level of discovery through challenging his archetypes and western society’s, which anyone can relate to. For the audience, Adno hopes to arouse intrinsic desires and encourage dissent.