The featured exhibit from the Museum of American Finance, traces the development of the recent financial crisis considered to be the most severe and complex economic and financial challenge in modern U.S. experience. 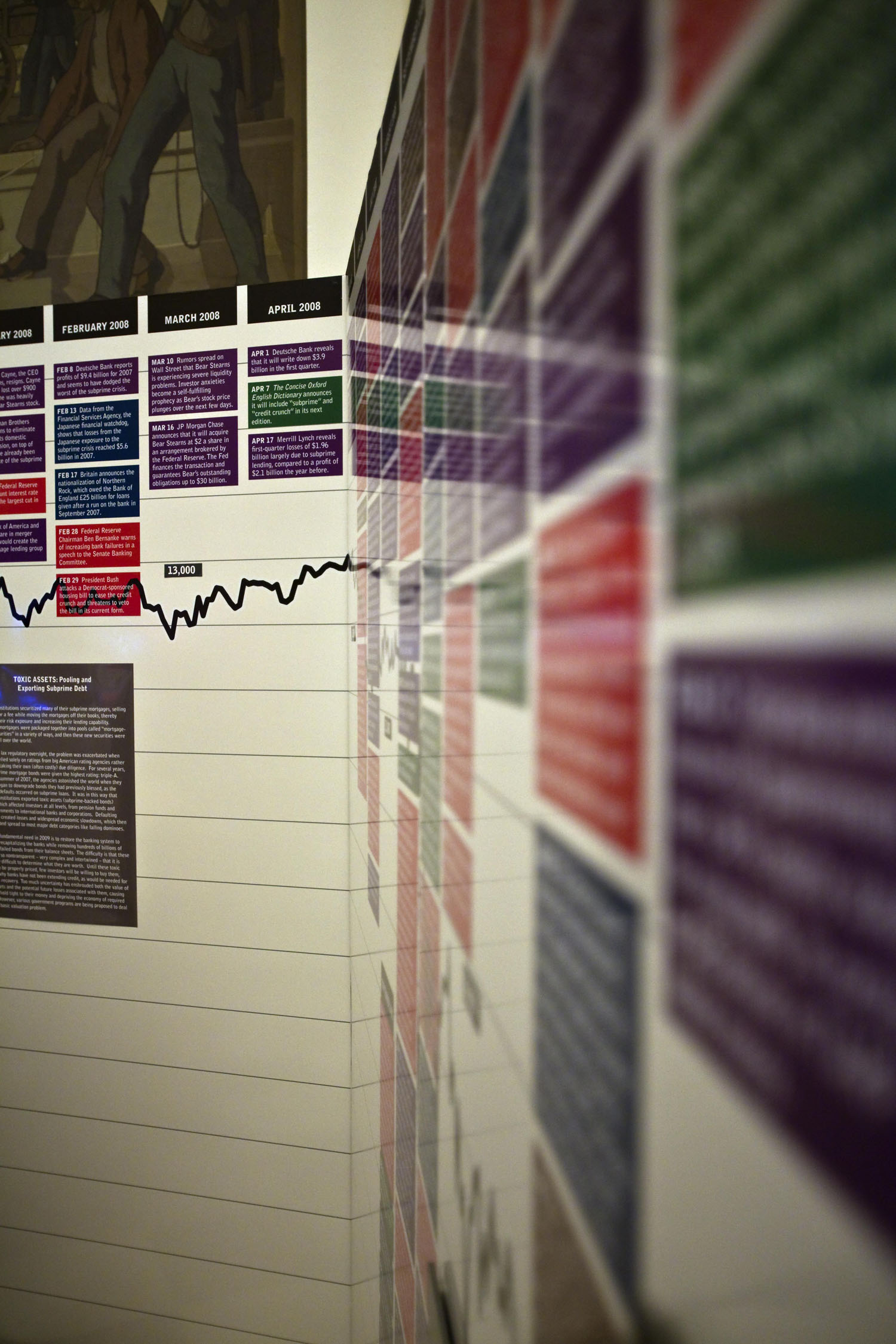 From the Museum of American Finance in New York City

As a part of “Project GET$MART,” a student financial literacy program at the State College of Florida, Manatee-Sarasota (SCF), the SCF Fine Art Gallery will host an opening reception for “Tracking the Credit Crisis: A Timeline” from 6 – 8 p.m., Nov. 30, at the Fine Art Gallery at SCF Bradenton, 5840 26th St. West. 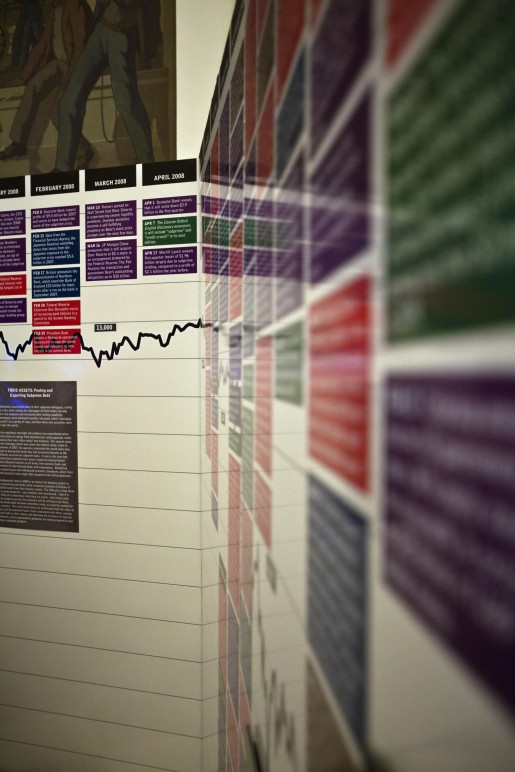 Prior to the opening reception, guest lecturer Dr. Wendy Dickinson, a liberal arts instructor from Ringling College of Art and Design (RCAD),will present “Multivariate Data Display for Contemporary Consumers” at 5:30 p.m. and share examples of work by students in her undergraduate course, Visualizing Statistics.

The featured exhibit, “Tracking the Credit Crisis: A Timeline,” from the Museum of American Finance, traces the development of the recent financial crisis considered to be the most severe and complex economic and financial challenge in modern U.S. experience.

Presented as a monumental graphical wall, the timeline begins with the bursting of the United States housing bubble in late 2006 and traces the trillions of dollars injected into the private sector in 2008-2010 by the U.S. government. President Barack Obama’s stimulus package of almost $800 billion was part of the stabilization effort to forestall a financial collapse in a global environment that experienced a $40 trillion loss in wealth. The U.S. government’s actions represent a watershed moment in American economic and political history.

The exhibition is a collaborative effort by the SCF Fine Art Gallery, SCF business faculty, members of the Project GET$MART team at SCF and Dr. Dickinson and her students from RCAD.

Funded by the Financial Literacy Program Grant from the Florida College System Foundation, Project Get$mart is a multifaceted, interactive learning community using a variety of forums to enhance financial literacy. The SCF Financial Literacy Program is a collegewide initiative to address strategies related to achieving greater financial literacy among students and families in the community.