Some people find letting go of expectations confusing or annoying; others find remaining in the moment, liberating. I thought about expectations while I sat waiting for my sunset experience 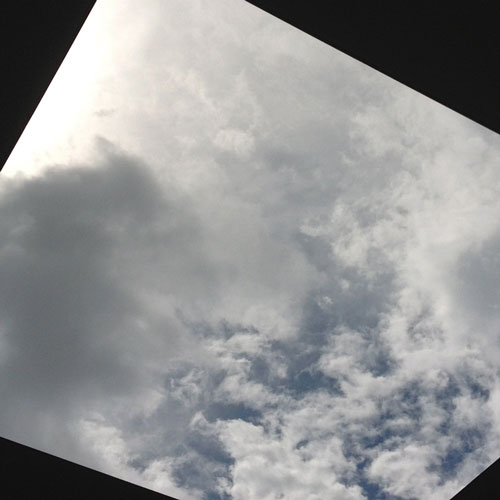 I thought about expectations while I sat waiting for my sunset experience of James Turrell’s Skyspace, “Joseph’s Coat,” at the Ringling Museum. This began an evening that would later introduce Adam Tendler’s prepared piano concert of John Cage’s “Sonatas & Interludes” as the first-ever performance to be held in the Skyspace as part of the spectacular Ringling International Arts Festival this past week.

The Ringling Museum’s website says the Skyspace, with its 24’ square aperture in the ceiling, invites the viewer to “contemplate light, perception and experience” by changing the color of the space with a specially designed system of LED lights. While this serves as an explanation of what to expect, at the end, they are only words for an experience that doesn’t require any.

At first you might marvel at how the different colored lights transform your perception of the sky and space. But soon the mind drifts and abandons reason, encouraged by this adventure without rules or boundaries of space and social convention.

Some people find letting go of expectations confusing or annoying; others find remaining in the moment, liberating. This experience of freedom (or confusion or annoyance) was amplified by Adam Tendler’s show. The contemplative, abstract state of mind that accompanied the light performance married well with the unpredictable, “un-hummable” Cage masterpiece that followed it.

Tendler appeared to physically embody the music that he played so passionately and intuitively (and for 65 minutes without a break, by memory, and in almost complete darkness). Before beginning, he explained that the work portrays the eight permanent emotions of the rasa Indian tradition. Much like the explanation of “Joseph’s Coat,” this introduction was more a jumping off point than a map to follow.

Unpredictable personal responses to the Skyspace were not only the province of the viewer. In a chat I had with Tendler post performance, he discussed how the Skyspace introduced concepts and questions he hadn’t had to consider before: how would the blue light that bathed the space while he played (he had four color options) impact him and the audience; what would it be like to play without seeing the keyboard well; how would the addition of tropical breezes, plane noise, butterflies and dragonflies affect the mood of the space and his response to it?

As I listened to the music and watched stars slowly emerge from a coal black sky offset by a constant blue light, my thoughts were free to float. I considered how I had felt without the music: peaceful and expansive as colors transformed reality right before my eyes. When the music part of the night began, “Joseph’s Coat” had already taken the audience to a personal place and back. It left me unusually receptive to the challenges of Cage’s composition and the pianist’s moving interpretation.

One way or another, by the time Tendler performed, the audience was already primed to expect the unexpected. And Tendler gave us just that, to my delight. Perhaps by this point in the evening, “Joseph’s Coat” had already inspired many of us to stop trying to define our experience anyway.