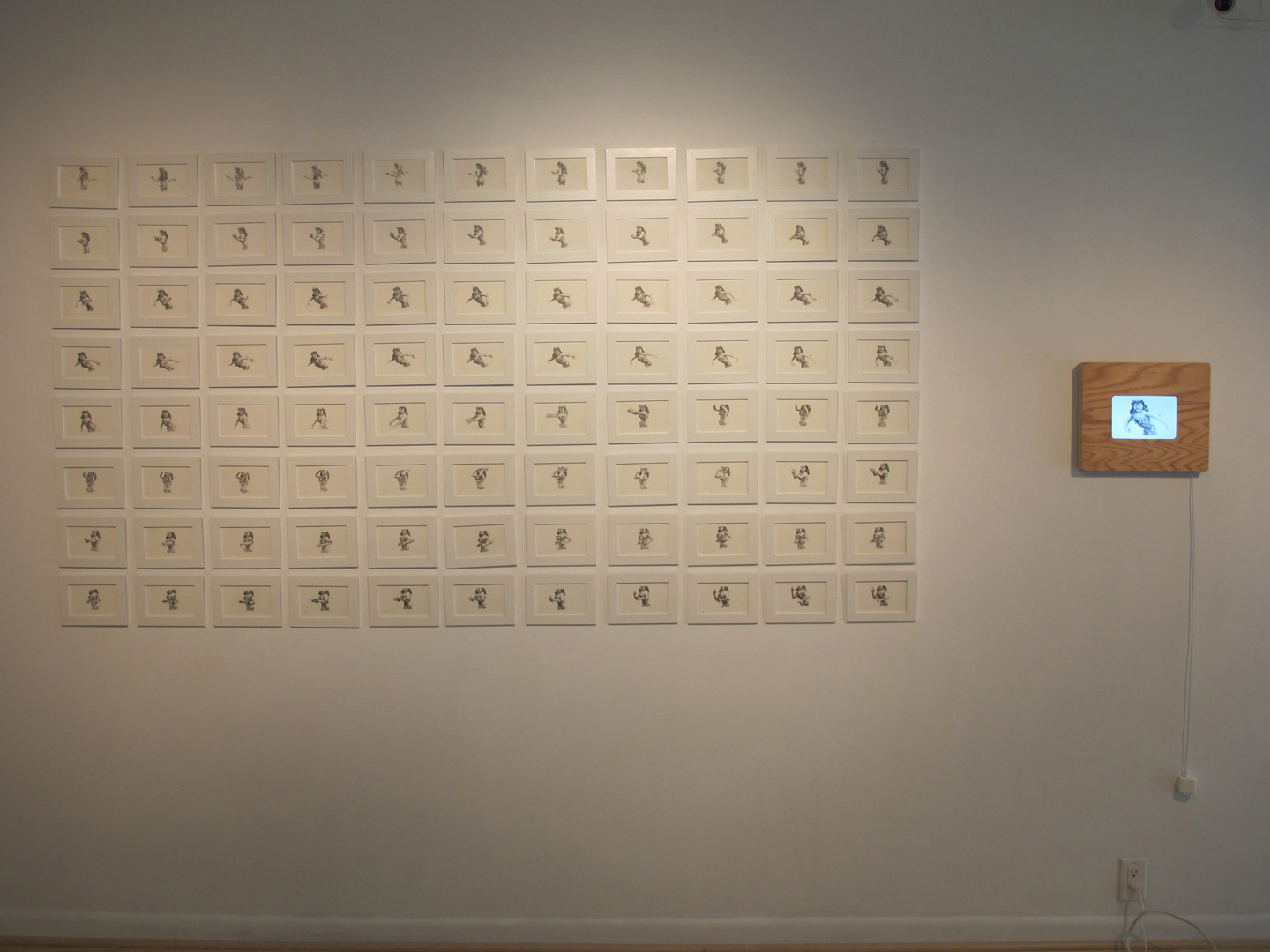 It has been said that the average person lies between 1-5 times a day. Motivated by malice or kindness, whether to survive, protect, hurt, or seduce, we negotiate our relationships through varying degrees of honesty. In light of the many assumptions correlating truth and art, there are those who have come to embrace the flaws, contradictions, and absurdities that upset the façade of our constructed environment. When in 1923 Pablo Picasso proclaimed, “Art is a lie that makes us realize truth” he anticipated a later cultural shift. 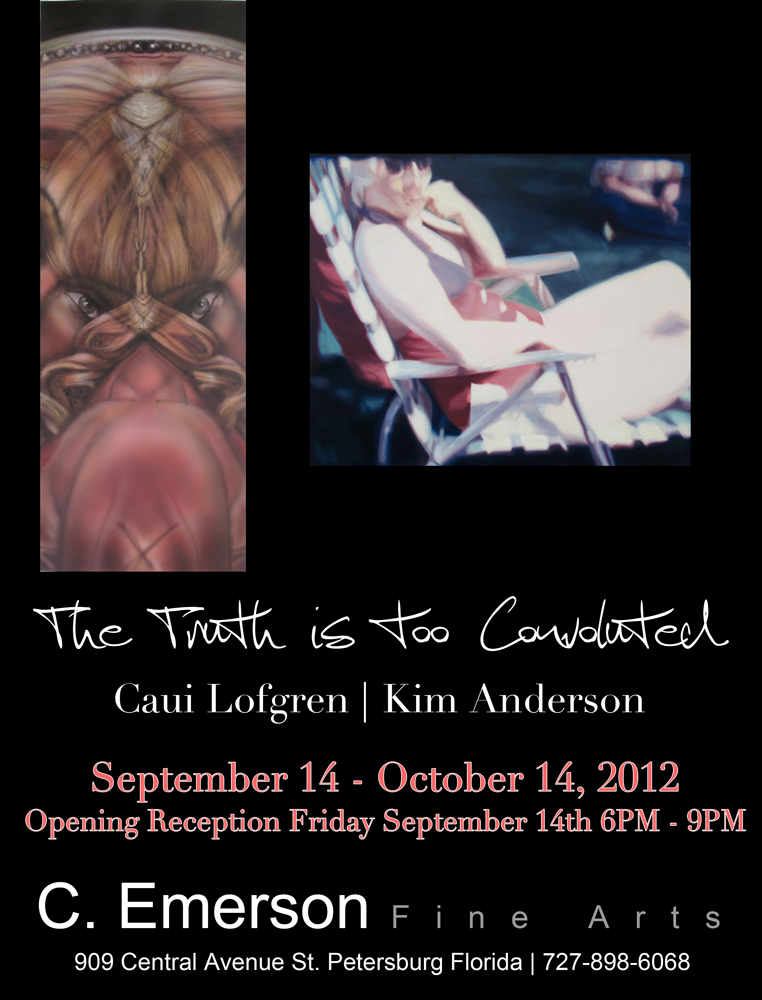 Responding in different ways to this condition, Caui Lofgren and Kim Anderson employ painting and drawing to reflect on the elusiveness of truth. Taking his cue from mass media, Lofgren assembles new fictions appropriated from the coercively seductive icons of popular culture. Vaguely familiar, Lofgren’s images recall Rorschach’s tests, and appear to slip between multiple biomorphic forms. Photography, once revered as concrete evidence, can now more than ever be easily manipulated or altered. By collecting and reinterpreting found amateur photographs Anderson’s work unravels the minutia dividing what is actual and imaginary in the most seemingly treasured and personal of images.

KIM ANDERSON – Born in San Francisco and raised in Honolulu, Kim Anderson is an artist and educator currently residing in Bradenton, FL. She is an Associate Professor of Art at New College of Florida where she has taught painting and drawing since 2004. Collecting and translating found photographs into paintings and drawings reflects her concern for the influence of photography on our behaviors, conventions, and memories. Her work has been exhibited in cities including Atlanta, Miami, New York, and Sarasota, and has been featured in New American Paintings, Studio Visit Magazine, and the Drawing Center Viewing Program. She is a recent recipient of the Sarasota Arts Council John Ringling Individual Artist Grant and has appeared on WEDU’s A Gulf Coast Journal with Jack Perkins. She holds an M.F.A. from University of Florida and B.F.A. from California College of Arts and Crafts.

CAUI LOFGREN – Born in Eugene, Oregon and raised in Minneapolis and Northern California, Caui Lofgren received his MFA and BFA from the University of Florida. He is currently the chair of the art program at the IMG Pendleton School in Bradenton, FL and has taught as an adjunct faculty at New College of Florida in Sarasota, FL. His work finds patterns in accumulation where meaning is evoked through hybridization and mutation. A synthesis of the natural and the artificial, symmetrical patterns convey underlying subversive drives, summoning mythical beasts, and eliciting collective obsessions. His work has been exhibited in the Brevard Art Museum, Atlantic Center for the Arts, Art Center Sarasota, and galleries in Miami and Sarasota. His drawings have been featured in the last two yearly publications of Manifest International Drawing Annual (6&7), an international juried survey of contemporary drawing.