When virtually every image encountered is escorted by a ‘like’ button – when each parcel of information parsed demands an immediate impression and invites instant judgement, it bears repeating a principle: art is not a democracy. To be fair, more than mouse-click-populism brought me to revisit Richard Serra’s famous statement. 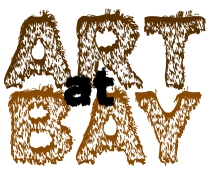 When virtually every image encountered is escorted by a ‘like’ button – when each parcel of information parsed demands an immediate impression and invites instant judgement, it bears repeating a principle: art is not a democracy.

To be fair, more than mouse-click-populism brought me to revisit Richard Serra’s famous statement. (I last read the quote here, on SVA, but more about that later) My ire was resurrected by a recent GQ article on the apotheosis of artistic populism itself, Artprize.

Artprize is an enormous art fair and contest held annually in Grand Rapids, Michigan. There are two aspects of the contest, though, that make Artprize particularly unique: the obscenely huge top prize of $200,000; and the method of choosing the winner by public vote. It’s also these two distinguishing characteristics that illicit said ire.

I suspect the huge purse to be won is the reason the contest clings to any sort of relevance. Countless artists, including a number of the trendy and critically acclaimed, can hardly resist what would amount for many to six or seven years of income (or for Mitt Romney, a long weekend). This, in turn, impels many critics to be reluctant in dismissing the contest entirely. (As an aside, I’ll take this opportunity to serve ye notice, Artprize: You are hereby dismissed! By me, that is, for what little it’s worth).

Before going any further I should say that there isn’t anything wrong with popular opinion or even popular voting. The method used at Artprize, though, only compounds an already under-curated mess.

Despite how it may be portrayed, the popular vote doesn’t necessarily determine the best art. The most that can be said with certainty is that a public vote determines the art that garnered the most votes. Thus, artists are not encouraged to make the best art, but rather to make art that would attract the most votes. While good art and popular art are not mutually exclusive, the difference between the two is hardly trivial.

Artprize is only an example. The decline of a critical reading of art in favor of a populous one is a trend that is increasingly finding its expression on the internet. Consider, another example – Artist a Day.

Artist a Day is a website which presents a few examples of an artist’s work which is subsequently rated by the site’s visitors on a 1 to 5 scale. Granted, some very good artists, galleries, and curators are often involved with the site. Artist a Day employs considerable more curation than Artprize. However, the site encourages a similar type of interaction with the artwork from its visitors. By the nature of its design), visitors can only view the artwork via computer screen and most mete out judgement after only a few seconds of viewing. Naturally, this impels visitors to become reactionary critics – an oxymoron. In turn, the “top rated artists” are those which have an instant appeal or shock value (and little else).

The gap between populist and critical appeal can even be seen locally. As I mentioned earlier, I last read the aforementioned Richard Serra quote last week in an article featured in Sarasota Visual Art regarding a recent local public art controversy. The post highlighted some of the nation’s best public works of art and the popular rancor each encountered early on. A much more subtle example is the recent Best of the Bay awards given by Creative Loafing. Many of the categories existed as both “Critics’ Picks” and “Reader’ Picks” and predictably the difference between the two (at least in the arts) was marked.

This isn’t to say that popular opinion should somehow be ignored or even minimized. Consider artists such as Cindy Sherman or Marina Abramovic. In the case of these artists, popular opinion coincides with critical opinion. Indeed, each of us is entitled to a personal taste. However, the grand mean of collective personal taste should not be the dominant voice in the national art conversation.

The examples of Artprize and Artist a Day illustrate that mass opinion has a bent toward degrading into the lowest common denominator and a considerable segment of the art world is happy to cater to this. In contrast, great art doesn’t pander to any opinion, not even a critical one.

While art plays a beneficial role in culture, it isn’t necessarily a pleasant one. Like many of the most important things in life, the best art should be painful but rewarding. We should be routinely challenged, questioned, and provoked by art as should art by us, the viewer. It’s a cantankerous relationship, sure, but a very productive one.

I realize saying “art is not a democracy” can come off as needlessly incendiary. The reticence to call anything at once undemocratic and good is understandable. At least here in the U.S., the anathema to democracy is generally any and all evil. However, Serra wasn’t saying that art is undemocratic. Perhaps, art critic Jerry Saltz articulated the thought more eloquently: “Art is for anyone. It just isn’t for everyone”.

Further, when it does operate democratically, it doesn’t resemble the dream of the founding father’s as much as America’s Got Talent. It becomes something of a game show – Art critiques become reductionist and reactionary; artists, in turn, coddle this way of looking at art with facile work that has little new to say.

Art is profoundly important and deserves at least a bit more class and consideration than American Idol. Art deserves to be looked at slowly, thought about carefully, disagreed with vehemently, argued about articulately, and loved passionately – much more than a 1 to 5 vote.

Danny Olda is a Tampa based artist and publisher of

One thought on ““Art is for Anyone. It Just isn’t for Everyone.” by Danny Olda”