I sympathize with an artist’s skepticism of the art object. However, in a Facebook world that is increasingly losing its thingness and placeness, it’s easy to see why at her gallery’s latest artist talk, Mindy Solomon would quote art critic Roberta Smith – Ceramic art is the new video art. 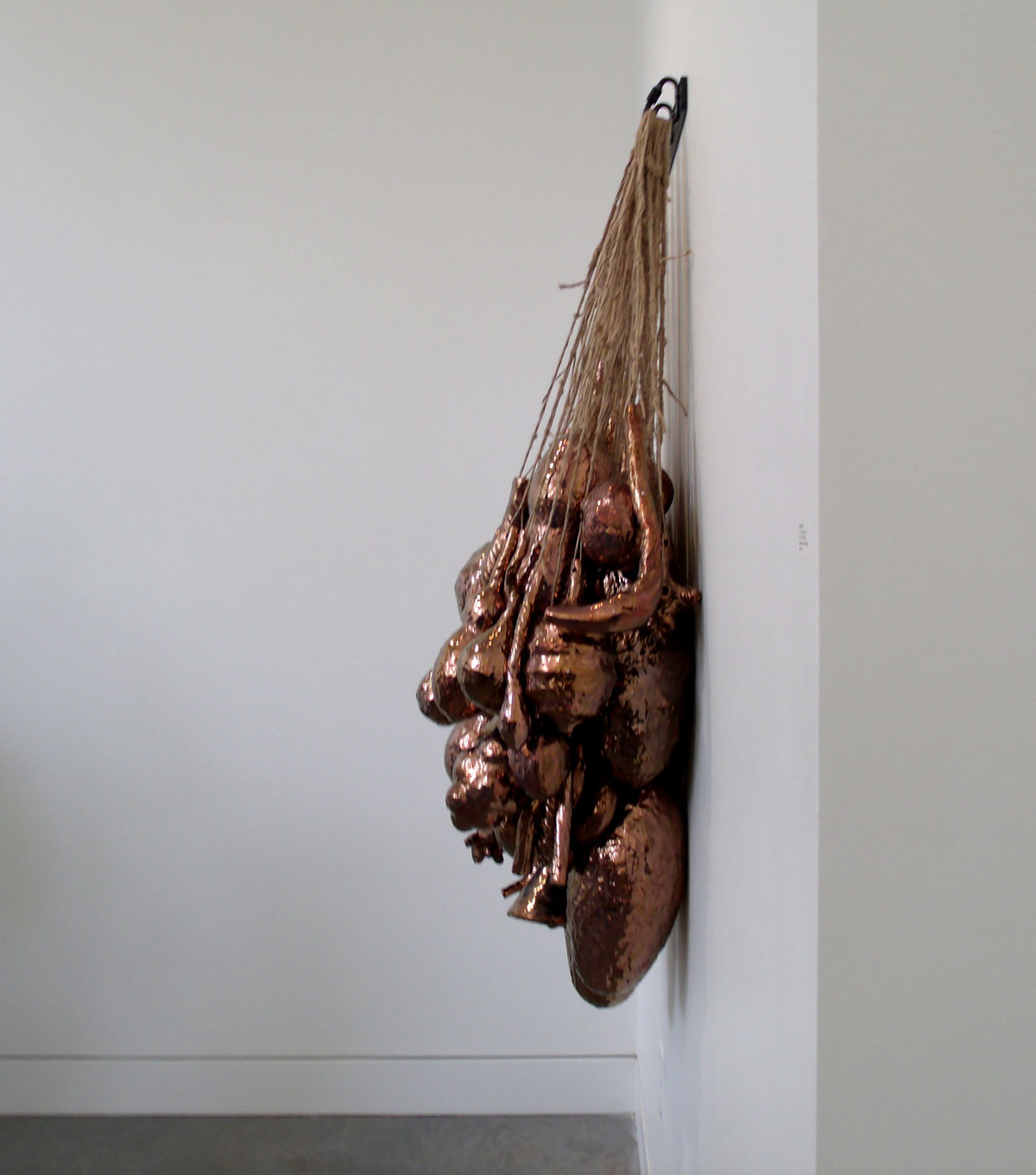 If an apocalypse befell the globe, I reckon the contemporary art world would leave few ruins. Many contemporary pieces conclude their existence at the conclusion of the performance, the end of the video, or the dismantling of the installation. Don’t misunderstand me: I sympathize with an artist’s skepticism of the art object. However, in a Facebook world that is increasingly losing its thingness and placeness, it’s easy to see why at her gallery’s latest artist talk, Mindy Solomon would quote art critic Roberta Smith – “Ceramic art is the new video art”.

Mindy Solomon Gallery’s current exhibit, Organic Inhabitants, is a dual exhibit featuring the ceramic art of Patricia Sannit and the terra-cotta work of David Hicks. Though each artist produces work visually very different from the other, it’s easy to see why both were chosen in relation to the theme Organic Inhabitants. Patricia Sannit’s stark ceramic sculptures evoke the remains of people and cultures. Some pieces resemble sun bleached bones adorned with ritual decoration. Others nearly appear to be ancient tools, bowls, mortars. Sannit’s art confronts the perception of ceramics and clay as a ubiquitous medium across cultures.

David Hicks works traditional terra-cotta clay to form objects that resemble exotic (extraterrestrial?) flora. The earthen red of the terra-cotta contrasts against the vivid and at times metallic glazes that drip off the sculptures in thick layers. The clay visible at the base of each sculpture can be reminiscent of a pot holding an actual plant.

Organic Inhabitants draws out the idea of the natural world with work that resembles living organisms as well as hints at the remains of life and living. Each artist makes good use of ceramic’s strong suit: a clear allusion to life and materiality. However, Mindy Solomon as curator juxtaposes the two artists against each other to further develop the theme in connection with the medium.

The work and exhibit are in some ways part of a general shift toward materiality that even the art world hasn’t been immune to. From MP3’s back to vinyl isn’t all that dissimilar from video art to ceramics. There is much more to this materiality than possessing a physical object, though. The shift isn’t only from abstract to physical, but from technological to organic. Aside from the references to ancient culture inherent in terra-cotta, the literal fingerprints of David Hicks are embedded in the clay. In both conceptual and concrete ways the medium itself has its own Organic Inhabitants.

One thought on “Organic Inhabitants Reviewed by Danny Olda”