What does it mean to be Floridian and how would this manifest itself in art? It’s only in recent years that St. Petersburg, for example, has been able to shed the rep as “God’s waiting room”. The one shared aspect of an identity for many was (how to say this nicely?) a proximity to expiration. This didn’t exactly translate into a collective artistic identity (and God help us if it did). 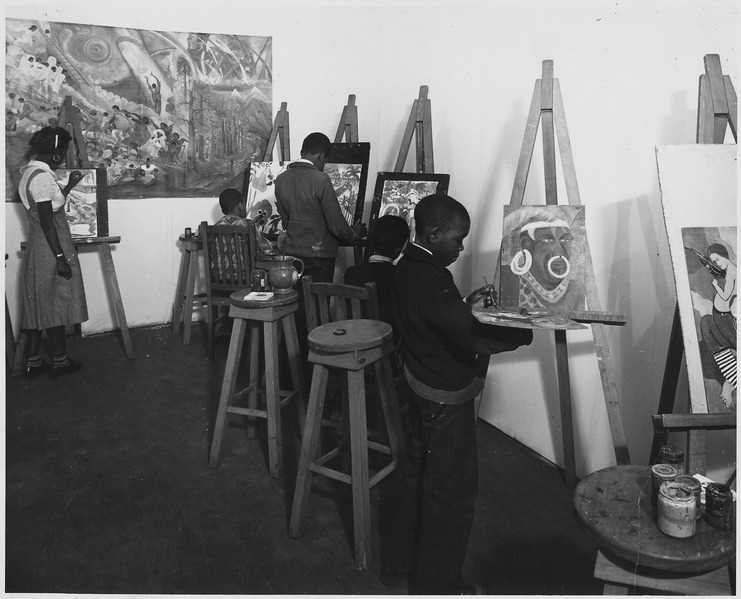 “The farther South you go the further North you are” – a sentiment you’ve probably heard referring to the geography and soul of Florida. While reading a recent issue of the Southern lit mag, Oxford American, I noticed scant mention of Florida, the Southernmost of the contiguous forty-eight. Apparently it takes more than South to be Southern – something Florida hasn’t got. Not that Florida pines to be Southern all that much anyhow.

If not Southern, though, what does it mean to be Floridian and how would this manifest itself in art? It’s only in recent years that St. Petersburg, for example, has been able to shed the rep as “God’s waiting room”. The one shared aspect of an identity for many was (how to say this nicely?) a proximity to expiration. This didn’t exactly translate into a collective artistic identity (and God help us if it did).

Think of American art history in terms of region: The “Cool School” of Southern California, The New York School, Taos, New Mexico, and so on. Did our contemporary tradition come into existence by way of immaculate conception? Where is our old school?

At this point the Highwaymen likely come to mind. The group of artists known as the Highwaymen is, of course, distinctly Floridian. I’m not going to hate on the group – though their work doesn’t exactly suit my taste, their story and conditions they worked under is fascinating. The history of Florida’s Highwaymen says a lot about race relations, art world economics, class concerns, and so on. However, I’d sooner regard the group as a cultural phenomenon than a cultural heritage. The group began, was exclusive, and ended with nary a tie to Florida’s current contemporary art scene.

To be clear, however, what it means to be Floridian is not the bothersome part. What’s bothersome is the seeming absence of any distinctly Floridian artistic identity. It has taken most of my mental fortitude to avoid the nagging feeling that Florida is America’s identity miscellany file. Think of a record shop, for instance. Vinyl records are separated into a jazz section, rock, R & B. Then there is us: the three for a dollar section. Not that Florida is worth less. Rather, in our section one just has a better chance of finding Marching Band Classics beside The Best of Styx. I hate to say “the one thing we have in common is we’re all different”. It sounds like a meaningless hippy maxim but in this case it may be true or at least all we’ve got.

In his novel Citrus County, Author John Brandon describes Florida, and by extension Florida’s art community, accurately. Florida is a seriously wild state. Otters poke their heads out of sewers while alligators are constantly found in pools. It feels like the forests are waiting for the cities to turn their backs in order to reclaim what’s theirs. Our Sunshine State only has the appearance of being settled; Florida is a state of perpetual struggle. Not only naturally, but sociologically, politically, religiously, financially, and, of course, artistically.

I understand this could sound disparaging. However, isn’t art dialectic, the parade of ideas down through art history, only a centuries long magnificent argument? Maybe in this way, through struggles of all sorts, our peculiarly Floridian identity is a moving target – not so much the sum of our parts as the difference of our differences.

Though Florida may not be included among them, New York, California, Paris, and the rest should be proud of their monolith of an artistic heritage. And even if the South would have us, likely we’d politely excuse ourselves anyhow. I like to think that Pascal’s words are peculiarly Floridian, that “The struggle alone pleases us.”