June 29-August 3, 2012
Selby Gallery – For the past four decades Carl’s Sarasota Architectural office has been one of the most highly awarded firms in the Florida / Caribbean region. As its youngest and last remaining member of the Sarasota School of Architecture, he has carried on its traditions while also incorporating his own unique design concepts. 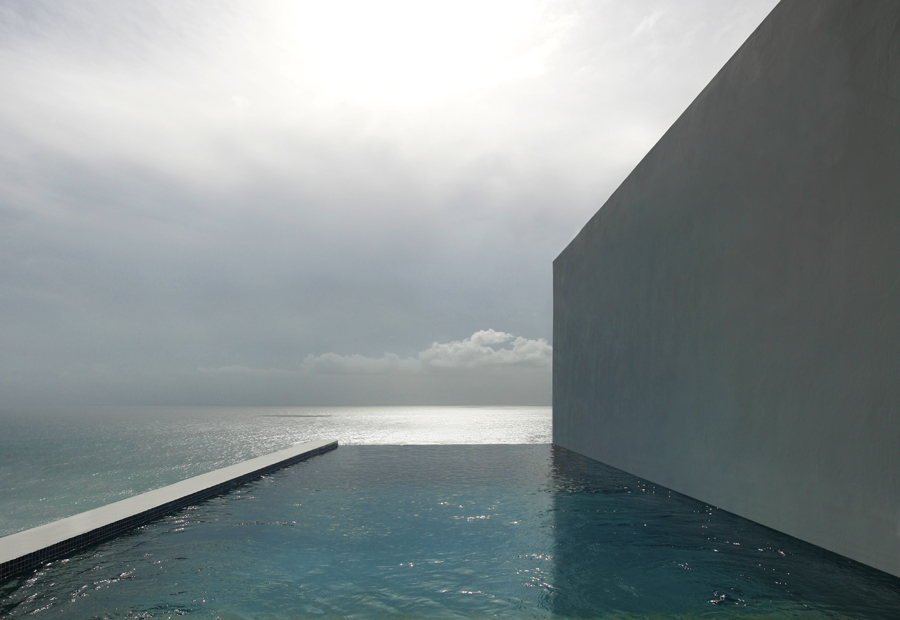 Selby Galleries I & II: Featuring selections from architect Carl Abbott’s award-winning work; who, as the youngest and last remaining member of the Sarasota School of Architecture, has carried on its traditions while also incorporating his own unique design concepts.

[Carl Abbott] For the past four decades Carl’s Sarasota Architectural office has been one of the most highly awarded firms in the Florida / Caribbean region. As its youngest and last remaining member of the Sarasota School of Architecture, he has carried on its traditions while also incorporating his own unique design concepts.

Carl Abbott grew up in a small town in coastal Georgia where his world was Nature — later Architecture became his focus. He studied at the University of Florida under Buckminster Fuller then received his Master’s from Yale with studies under Paul Rudolph and Luis Kahn. He has worked in Hawaii, in New York with I.M. Pei, and in London with classmates Lord Richard Rogers and Lord Norman Foster.

Carl is a Fellow of the American Institute of Architects. The University of Florida honored him as a Distinguished Architectural Alumnus. The Florida / Caribbean AIA selected him to receive the Medal of Honor for Design and also selected his office to receive the Architectural Firm Honor Award. IN / FORMED BY THE LAND – The Architecture of Carl Abbott is the first book exclusively on Abbott’s design process and architecture. It will be published this year by ORO Publications. For more information go to: www.carlabbott.com.

Paul Rudolph
‘In Abbott’s work the balancing of solids to voids and the flow of space horizontally and vertically is handled in a architecturally remarkable way.’

Lord Norman Foster
‘Carl Abbott’s work is a rare and impressive combination of architectural clarity and humanistic warmth. Quality is a mark of his total commitment and dedication to Architecture and its process. The ultimate complement is that Carl’s Architecture has a sense of timelessness.’

Robert McCarter
‘Carl Abbott has practiced his craft with a consistency of aesthetic elegance and experiential quality unparalleled by almost any other architect of his generation. Abbott is closer in spirit to the early modern artists and architects of the DeStijl movement—Mondrian, Van Doesburg, and Rietveld—than anyone practicing
today.’

Lord Norman Foster is recognized as one of the most innovative architects of our time. He has received the Pritzker Prize, the RIBA Gold Medal, the Stirling Prize, the AIA Gold Medal along with numerous other awards. His best known projects are the Hearst Tower in New York, the Great Court in the British Museum, the Hong Kong and Beijing Airports and the soon to be constructed Apple Headquarters in California.

[IN / FORMED BY THE LAND – The Architecture of Carl Abbott, ORO Publications] Focusing on Carl Abbott’s custom tropical residences, this book presents a unique way of experiencing modern architecture. Abbott’s work has a timeless modern quality, yet is also strongly informed by his experience of the sacred architecture of ancient Egyptians and Mayans in the manner in which it responds to the land and the movement of the sun and stars. The spaces Abbott sculpts, both inside out, are designed to focus on Nature, making buildings that transcend.

Large images give viewers a strong sense of experiencing the humanistic Architecture with its connection to the land. The book also illustrates the design process Abbott has developed by which the building forms evolve from the land itself. Working closely with photographers and designers, the architect was careful in the planning of this book to ensure it conveyed the experience of moving through the highly choreographed spaces he designed. This book presents works, which span the decades of his career, and shows a range of works including affordable residences, large private estates, as well as inspired spiritual spaces.

[Bus Tour] Sat., July 14, 1-5 p.m., followed by reception in Selby Gallery until 6 pm and optional visit to Carl Abbott’s Studio Office
The tour bus will leave Selby Gallery at 1:00 pm; participants will travel in comfort on a modern coach to visit three of Carl Abbott’s projects with Mr. Abbott’s as guide: The Artist Family Compound; the former Summerhouse; and the Dolphin House. In addition he will direct drive-bys of several of his other projects. The tour will return to Selby Gallery by 5 pm where participants can enjoy refreshments and the viewing the work in the exhibition until 6 pm. Following the reception, participants may visit Mr. Abbott’s studio Office just a few blocks away on their own. Cost: $15/person; deadline to register: Tuesday, July 10.

[CONTACT US]
Phone: 941.359.7563 or 941.351.5100
Email: selby@ringling.edu
Web: www.ringling.edu/selbygallery
[LOCATION] Selby Gallery is located on the Ringling College of Art and Design campus, one-half block east of 2700 N. Tamiami Trail on Dr. Martin Luther King, Jr. Way in Sarasota.
[ABOUT SELBY GALLERY] All Selby Gallery exhibitions and presentations (and most of our special events) are free and open to the public.