May 31, 2012
Venture into a world of dark shadows and romantic interludes through the lens of Brassaï. This sensual body of work includes five rare “Transmutation” photographs made with the cliché-verre technique … 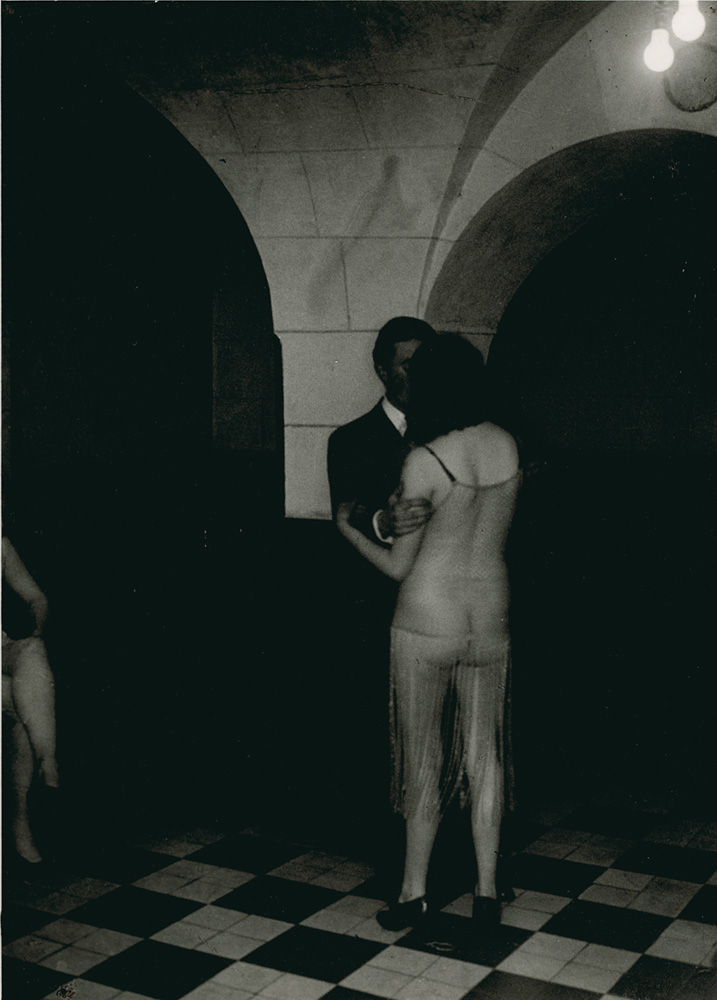 May 31, 2012
Florida Museum of Photographic Arts

“Drawn by the beauty of evil, the magic of the lower depths, having taken pictures for my ‘voyage to the end of night’ from the outside, I wanted to know what went on inside, behind the walls, behind the façades, in the wings: bars, dives, night clubs, one-night hotels, bordellos, opium dens. I was eager to penetrate this other world, this fringe world, the secret, sinister world of mobsters, outcasts, toughs, pimps, whores, addicts, and [sexual] inverts.”
– Brassaï

Early 20th century Paris was the setting for one of the great flowerings that have periodically punctuated the history of photography. As with painting and sculpture, ambitious young photographers from around the world flocked to between-the-wars Paris, where they formed a fertile artistic milieu. Among them was the Transylvanian-born Brassaï, whose evocative, inky-black, and very rare, vintage photographs of night-time Paris from a private collection are assembled into this unforgettable exhibition.

How appropriate that Brassaï – the most acclaimed artist ever to emerge from Transylvania – is best known for his photographs of Paris’s notorious creatures of the night! After attending art school in Berlin, Brassaï moved to Paris in 1924, and stayed for good. Born Gyula Halász, he adopted the nom de plume Brassaï from his birthplace, Brasso, a Hungarian (now Romanian) town in the Transylvanian region. A gifted sculptor and sketch artist, he learned the technical aspects of photography from his fellow Hungarian-in-Paris André Kertész, but the two artists’ subject matter could not have been more different. In contrast to Kertész’s cool compositions and meticulous still lifes, Brassaï focused on Paris’s crepuscular demimonde, which he explored compulsively from the first moment of his arrival. Sometimes alone, sometimes accompanied by friends like the writers Henry Miller or Jacques Prévert, Brassaï witnessed aspects of Parisian night life that the cerebral Kertész would never imagine.

Also featured in this exhibition are five rare “Transmutation” photographs made with the cliché-verre technique, a hybrid of photography (primarily of female nude subjects) and etching in which Brassaï scratched his choice of imagery onto an existing photographic glass-plate negative before printing it. This experimental technique was developed in collaboration with, and inspired by, Brassaï’s close friend Picasso.