These days marked by austerity seem to be shifting into days marked by crowd sourcing, a trend to which Tampa Bay has warmed up quickly. Indeed, around here crowd sourced funds appear to nearly outpace great ideas needing a kick-start. In a way, it’s promising. 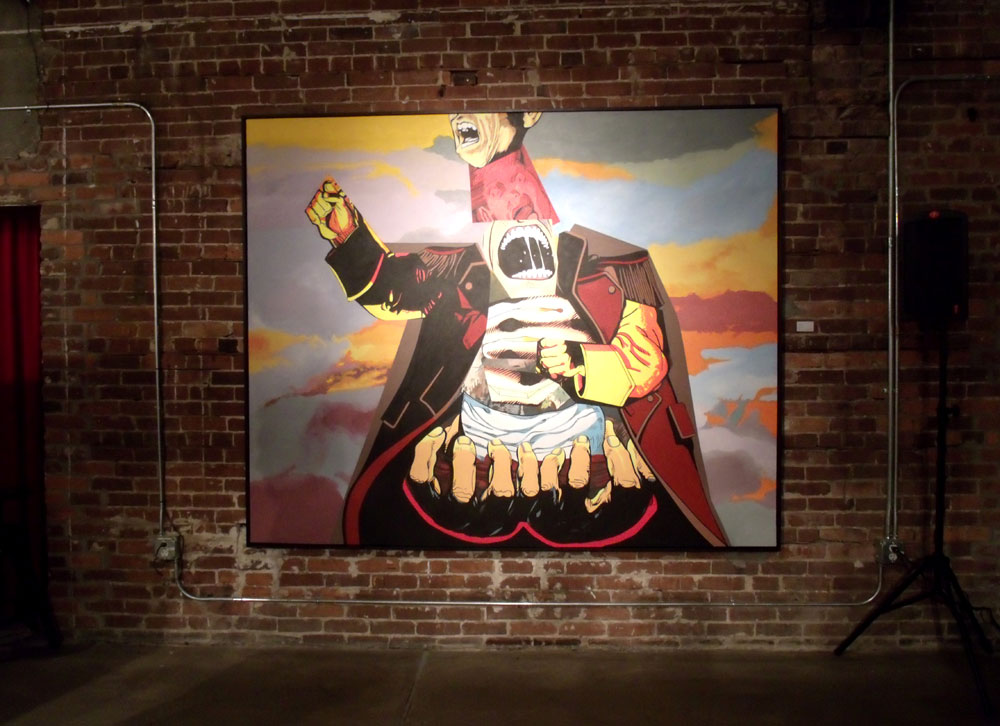 It’s sad in a way – like homeless people lending each other money; the current economic climate impelling the underfunded to fund each other. My wife reminds me that I’ve been an especially cranky critic lately. This would be why. However, these days marked by austerity seem to be shifting into days marked by crowd sourcing, a trend to which Tampa Bay has warmed up quickly. Indeed, around here crowd sourced funds appear to nearly outpace great ideas needing a kick-start. In a way, it’s promising. Tempus for the Spring illustrated this promise well enough to oblige me to begin to un-crank.

The event benefited The Spring of Tampa Bay – “Hillsborough County’s only certified Domestic Violence Prevention and Emergency Shelter Agency”. Tempus for the Spring fittingly raised funds toward the creation of an art therapy program for the agency. The CL Space, Creative Loafing’s beautiful historic Ybor offices, hosted the art party and auction. 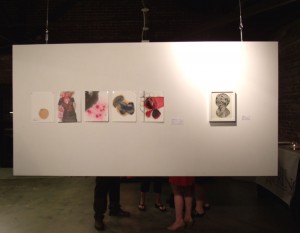 Though several veteran and emerging artists of the Tampa art scene were featured in the auction, Theo Wujcik’s work was clearly the highlight of the collection. His large painting, Arts Grip, lifts familiar comic book imagery of anger, expertly rendering them as components of an over-sized collage. Perhaps it was the painting’s imposing size, drawing viewers in, which caused Arts Grip to seem to use narrative and comment on it simultaneously. I won’t mention the painting’s price. However, the painting’s starting bid was thousands of dollars lower than it would have been at a proper gallery. Even if a person wasn’t feeling philanthropic, the especially low pricing made a collector out of many. 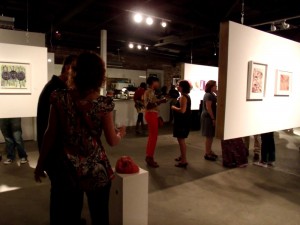 This was especially the case with the work of the party’s emerging artists. Though the price range was low enough to allow us hourly earners to bring art home, the quality of the art was at a salary caliber. One such piece (that I regrettably did not bring home with me) was a sculpture by Ryann Slauson – a papier-mâché form of a deflated basketball. The sculpture struck me as both funny and sad. Though the piece itself looked like a neglected piece of sports equipment, Slauson undoubtedly had meticulously worked on the sculpture. For example, it seemed that every dimple of the ball had been painted on one at a time.

It was the art of George Anderton, though, that personally drew my attention more than most. Anderton’s series of eight by tens carried a certain temporality in them. Several pieces seemed to have been stained by something that sat on top of the paper all night. Others are printed with specific times or dates that in a way suggest timestamps. They all appear to be accounting for time past and passing while avoiding a sappy nostalgia or graphic design-ish fads. I’m told we can expect a proper exhibit of Anderton’s work at Tempus Projects next season.

I only had the space (and you may only have the attention span) to mention three of the 15 artists showcased at Tempus for the Spring. Something I can say regarding the auction and party as a whole, though, is it was win-win(-win) event. The party was filled with work from some of Tampa’s best artists. Realistic prices allowed most of us to play collector. One community service came to the aid of another. I’m a bit less cranky.