Now – September 23, 2012
This exhibition includes two recent video works, cocker (2010) and post time (2012) that explore his interest in the masculine figures. Levine is less concerned with the actual fight than with the rituals in which these men partake during fight preparation. 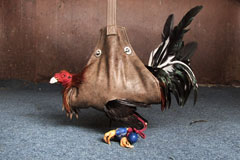 New York-based sculptor Erik Levine rose to prominence, in part, because of his use of humble plywood in massive installations. In 2011, the Museum acquired one of his large-scale sculptures for its permanent collection. The ironically titled Hand-Held (1997) is made of Levine’s trademark material and measures an imposing 14 feet in length. This exhibition marks the debut of this new acquisition.

Levine began working with plywood as his material of choice and had an on- again, off-again relationship with it until 2001. He was intrigued by the contradictions and connotations of plywood. His sculptures seem to ask the question, “Can an everyday material — a common DIY staple – be the basis for a work of art? He seems to ask us to consider how we define art and how we define a utilitarian object. (A similar question is asked in our current antiquities exhibition, Utility and Aesthetics). 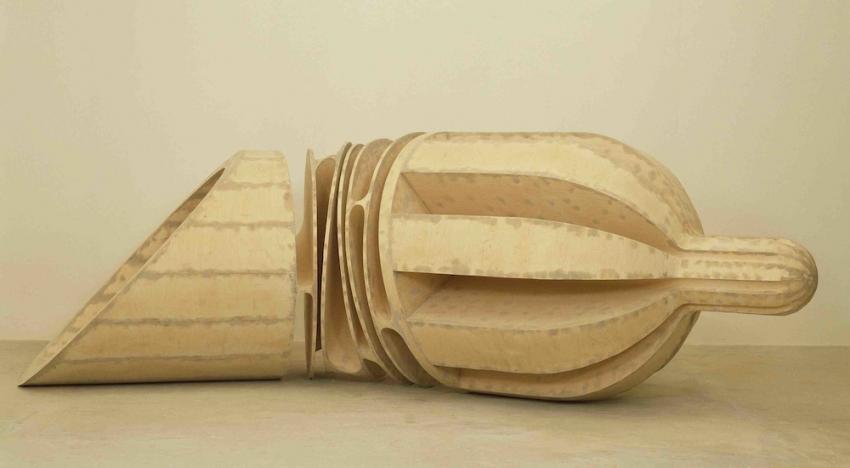 In his sculptural works, Levine is entranced by the question of scale. His room-sized installations demand the viewer to take notice and experience the work in its totality. The roughness of the finish is intentional. Nothing is polished or buffed.

In 2002, Levine went in search of a new medium and discovered video. This interest was piqued when he took his camera to a local park and witnessed a father yelling at his sons at a baseball game. The scene brought back Levine’s own childhood memories, and he began exploring the power of video to mine his emotions about fatherhood, masculinity, loneliness, and power. He has spent the last decade exploring the complexity of masculinity and its place in contemporary society.

This exhibition includes two recent video works, cocker (2010) and post time (2012) that explore his interest in the masculine figures. In cocker, the preparation that leads to the cockfight is examined in vivid and revealing detail. Levine is less concerned with the actual fight than with the rituals in which these men partake during fight preparation.

In post time (2012), the artist turns his attention to the lonely world of horse race betting. This is the not the glamorous world of the Kentucky Derby. It is, however, the artist’s unflinching eye fixed upon the exclusive male enclave of the forbidden and forgotten racetrack. The viewer gets no cinematic joy from the work, as the main spectacle—the actual horse race—never occurs on screen. What we are asked to consider is the psyche of the men who spend their days at the track.

Levine’s work was included in the 1989 Whitney Biennial and in shows at LA MOCA, the High Museum of Art and the Louisiana Museum of Modern Art in Denmark. His work is in such collections as the Whitney Museum of American Art, Hirshhorn Museum and Sculpture Gallery, The Walker Art Center, and the National Museum of Contemporary Art in Oslo.