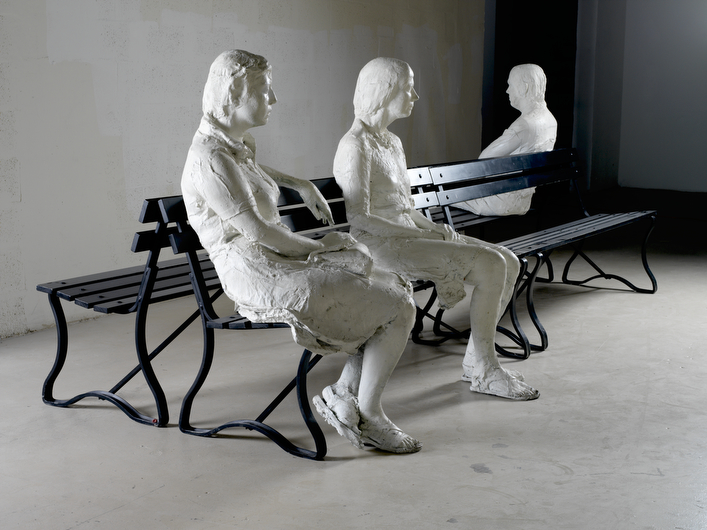 Many leading artists of the 20th century went to great lengths to replace the representational with the abstract. But some artists found it difficult to rid their works of all traces of the real, and in particular, the figure. Masterworks of 20th Century Sculpture from the Martin Z. Margulies Collection allows a thoughtful consideration of the tension between the abstract and the representational that dominated 20th century aesthetic concerns.

An abiding fascination with the figure unites the works in the exhibition. While many modern artists abandoned the figure as inspiration, these seven artists made use of the figure (human and otherwise), even as the final work sometimes barely resembles the figure in reality. In the straightforward works by Willem de Kooning (Seated Woman on Bench), George Segal (Three People on Four Benches), Louise Nevelson (Dancing Woman), Manuel Neri (Untitled), and Deborah Butterfield (Jerusalem Horse), the form remains readily identifiable. With works by Joan Miro (Oiseau) and Isamu Noguchi (Figure and Judith), however, the work is more abstracted, but the referent is still the figure.

In this exhibition, our third partnership with the Martin Z. Margulies Collection in Miami, the Museum has selected key works from the latter half of the 20th century that pay tribute to the fascination with the natural form. The Margulies Collection is known for its extensive sculpture collection that contains some of the best examples of post-World War II movements in Europe and the United States.

Generous support for this exhibition was provided by Maureen and Doug Cohn.