May 1, 2012 – July 30, 2012
Burnett’s works often form a narrative based on two mannequin figures that embark on life’s journey only to find difficulty at every turn because they are mannequins. 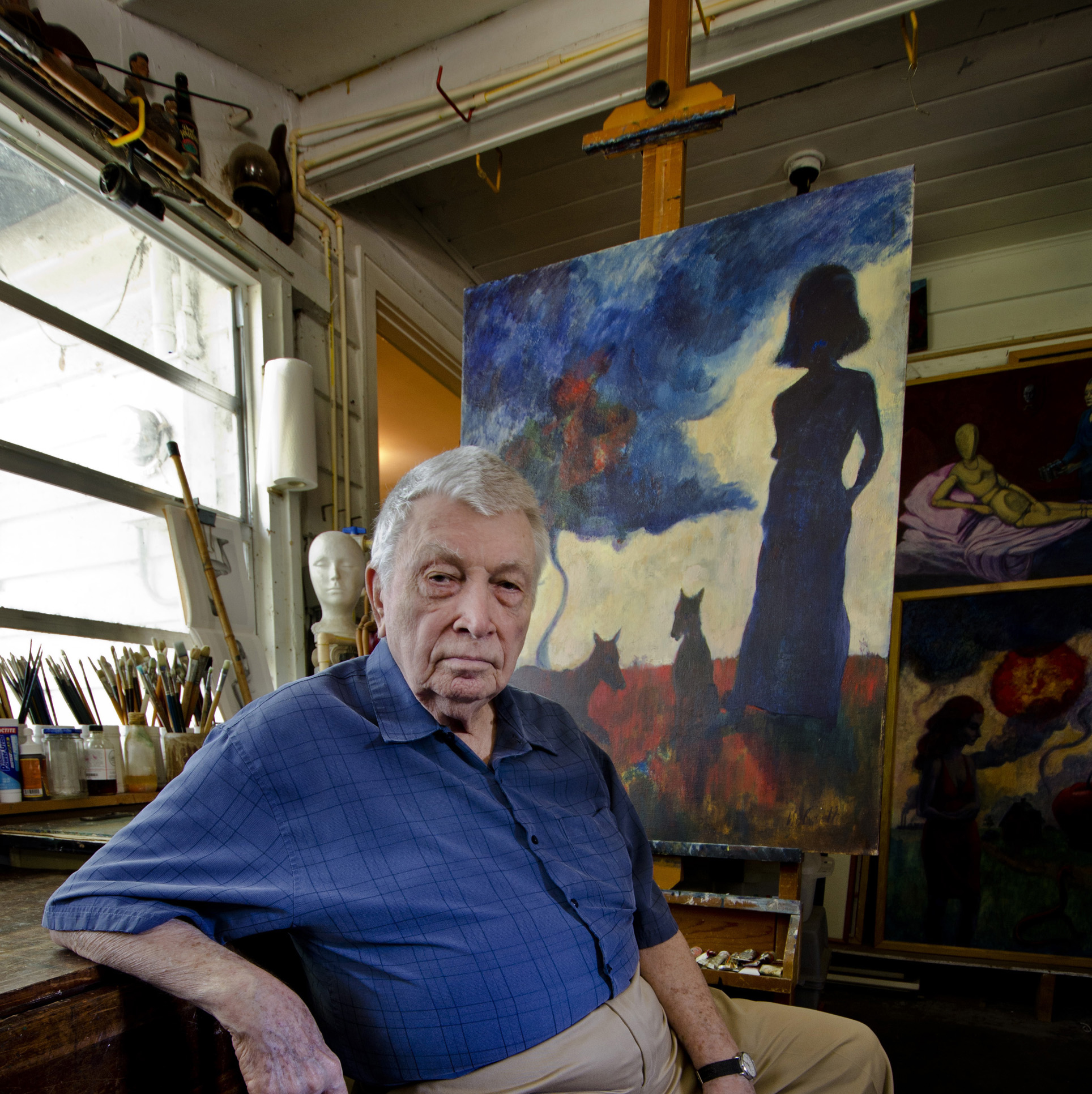 Described by some as “Southern gothic surrealism,” Burnett’s works often form a narrative based on two mannequin figures that embark on life’s journey only to find difficulty at every turn because they are mannequins. The artist says that throughout his career he has used “explanatory techniques, including dripping, flowing, blotting and smearing paint as a means of discovering forms. The result has been an emergence of forms which relate to deep-seated emotions and ideas.

What makes it southern gothic? “That was a term penned my friend James Davids,” says Burnett. “It’s southern, it has southern elements of that environment, but it’s also my own interior exploration.”

Burnett received a BFA from University of Georgia in Athens (1948-51) studying with Lamar Dodd, Ferdinand Warren, and Howard Thomas. After working as an artist/illustrator for the United States Department of Defense, he worked on display advertising with Sears-Roebuck and Co. until 1956. That year, Burnett moved to Sarasota to work in advertising sales for the Sarasota Herald-Tribune. In 1961, Burnett became the Sarasota Herald-Tribune’s art and entertainment columnist. Eight years later, he was lured back to Georgia and was hired as the art critic for the Atlanta Journal, a post he held until 1983. He retired from the Atlanta Constitution in 1990 and he currently lives and works in Sarasota.

The City of Sarasota presents “Southern Gothic: Paintings by Clyde Burnett,” May 1-July 30, at the New Deal Gallery in the Federal Building, 111 S. Orange Avenue, Sarasota. A reception, with an artist talk and refreshments, is May 4, 5:30-7:30 p.m. The exhibit is part of a new visual art program showcasing local artists launched by the City of Sarasota that invites local artists to display their work for the public within a city-owned building. For more information about this exhibit, call Virginia Hoffman at 941-400-5217.

Program requirements and an application are available on the public art portion of the City of Sarasota website www.sarasotagov.com.