Now – June 3, 2012
Peter Paul Rubens: Impressions of a Master showcases the work of one of the greatest and most influential artists of all time: the Flemish Baroque master Peter Paul Rubens (1577–1640). 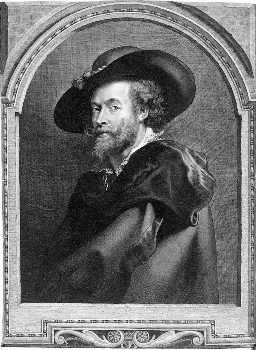 Peter Paul Rubens was a prodigious artist and one of the most extraordinary figures of the seventeenth century. The most intelligent and exciting painter of his time, he was renowned for his virtuosic handling of oil paint, energetic compositions, and dramatic, triumphal, and often sensual style. Rubens was also an international diplomat, a shrewd businessman, an intellectual, and friend of great scholars and rulers, as well as presiding over a vast and prolific workshop. Europe’s kings and princes prized his works, which included altarpieces and other religious pictures, portraits, hunt and mythological scenes, and monumental decorative programs in oil paint and in tapestry.

From the 1600s until the late 1800s, compositions by Rubens were widely circulated in the form of prints taken from some 850 plates engraved over that time. Early on, Rubens found that many of his paintings were being reproduced without permission and sought privileges (exclusive rights) to protect himself against piracy. After much effort, he was granted “copyright” by the States General of the Dutch United Provinces and the rulers of Spain, England, and France. He then began a vast printmaking project that resulted in close to a hundred plates executed under his direct supervision by talented engravers; prints continued to be made long after his death. In the form of engravings, Rubens’s most famous compositions could be enjoyed by an international public, by those would could not travel to Antwerp, Paris, or Madrid, or have access to the royal palaces and religious houses where many of these works were originally displayed. It was in this way that Rubens’ influence came to be felt around the globe.

The exhibition Peter Paul Rubens: Impressions of a Master features more than 75 magnificent engravings of the highest artistic standards after compositions by Rubens; these are drawn from the extraordinary collection of the Koninklijk Museum voor Schone Kunsten Antwerpen (Royal Museum of Fine Arts, Antwerp), the repository of the largest group of prints after the artist in the world, and from the holdings of The John and Mable Ringling Museum of Art. The prints will be displayed alongside several important paintings by Rubens from the Ringling collection, perhaps the premier collection of works by the artist in America.

Works of art will be grouped chiefly by subject matter. A section on sacred themes will invite the visitor to explore Rubens’s scenes from the Old and New Testaments and the lives of the saints, which were instrumental in promoting the ideology of the Catholic Counter-Reformation throughout Europe, while a section on secular subjects will allow them to learn more about his work painting portrait of the most exalted men and women of his day, his interest in classical antiquity, his role in the design and making of books, and his treatment of subjects that are rife with sensuality and violence. Two further sections will examine his decision to undertake a printmaking project and the woodcuts of Christoffel Jegher. The exhibition will culminate in a group of works which record Rubens’s great monumental schemes in painting and tapestry, including the Triumph of the Eucharist.

This exhibition is organized by the Koninklijk Museum voor Schone Kunsten Antwerpen (Royal Museum of Fine Arts, Antwerp) and The John and Mable Ringling Museum of Art, Sarasota.