Perhaps the most encompassing thing that can be said about Michelle Fader’s work is that it’s definitely pleasant to look at. This is intended to be both a compliment and a criticism. 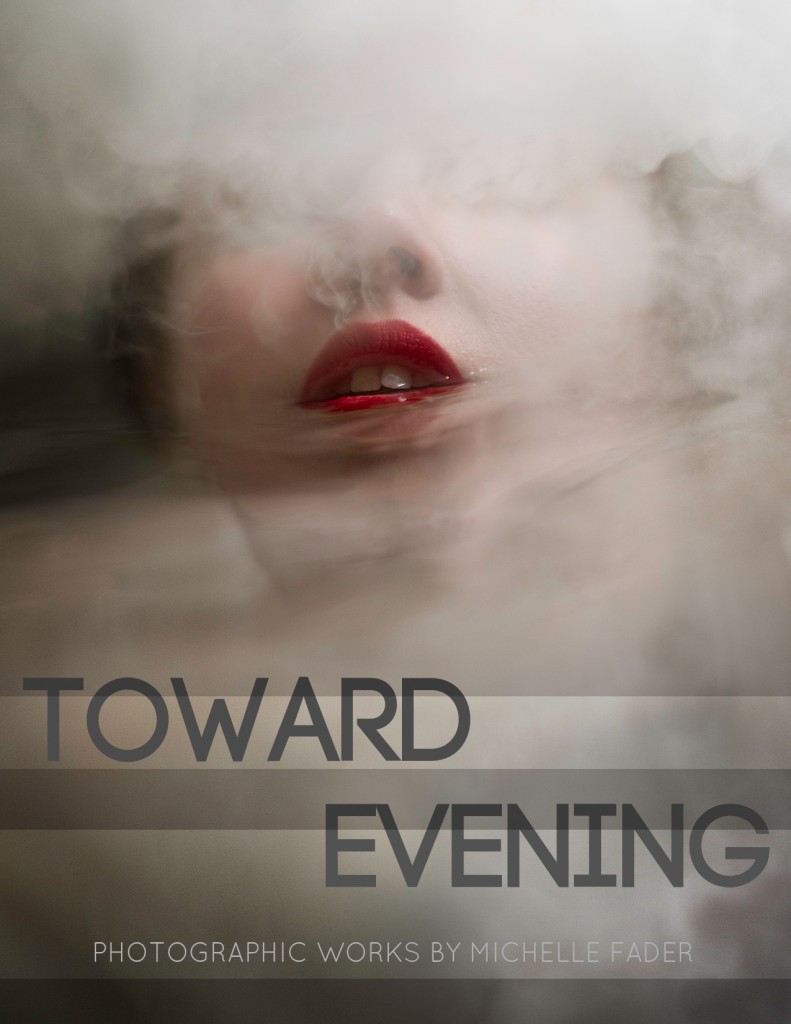 Flush the toilet, wash down a pill, take a bath, drive through the rain, swig a bottle of Dasani, drown. Despite its ubiquitous nature (or perhaps because of it) water makes for incredibly potent symbolism – a potency that is not lost on artist Michelle Fader. As a theme, water flows through Michelle Fader’s solo exhibit, Toward Evening, at the USF Centre Gallery.

Toward Evening showcases a number of untitled photographed portraits by Michelle Fader with her polished and professional style. Perhaps the most encompassing thing that can be said about Fader’s work is that it’s definitely pleasant to look at. This is intended to be both a compliment and a criticism.

In the best photos of the exhibit Fader takes full advantage of the water imagery and its multiplicity of possible readings. A few of the photographs depict a woman lying on her back in water up to her face. They each vary in color and subject but portray the same basic scene. These photos appear to make a clear reference to John Everett Millais’ Ophelia – a young woman committing suicide. The young woman in one of the photos looks particularly worried, though, (as contrasted with the tranquil Ophelia) and harshly lit as if by a search light.

However, the more peaceful subjects, rather than committing suicide, could be involved in a water birth, or simply bathing. This simple scene, shot in subtly different ways, personally recalled charged situations of birthing, bathing, and dying which in turn carry charged meanings. Speaking of water, Fader mentions in her artist statement that “the work represents the element’s innate ability to be both a creator and destroyer of life, and acts as a metaphor for the duality that can occur deep within the subconscious”. The best photos in this exhibit execute this wonderfully. These particular pieces are pleasant not only look at but also to read and deconstruct.

However, some of the photos are nearly too pleasant. The art world has been enamored with the ugly and gritty for some time now – this is not the spectrum end that I’m suggesting Fader travel to. She needn’t shed her glossy style for relevancy – think of the uber-production of Cindy Sherman’s newer work. What the hyper-refined photos of Sherman share with the grainy and grungy work of Diane Arbus is an underlying unpleasantness. This ‘unpleasantness’ counters a feeling of complacency – without which some of Fader’s work veers from fine art to fashion photography.

It should be mentioned that, as a personal rule, I don’t review student work in a student gallery. However, I thought you might appreciate the tip-off on Fader now – if this is her starting point she’s definitely an artist worth watching. Fader’s clear technical skill shows her to be an adept photographer. More importantly, though, her promise in image and meaning manipulation shows her promise as an artist.