Had I done anything fun this weekend? Yes. I went to the museum. The Tampa Museum of Art hosts a quarterly event called Art After Dark. The event opened the museum’s doors well past its usual bed time for a vinyl record themed party. 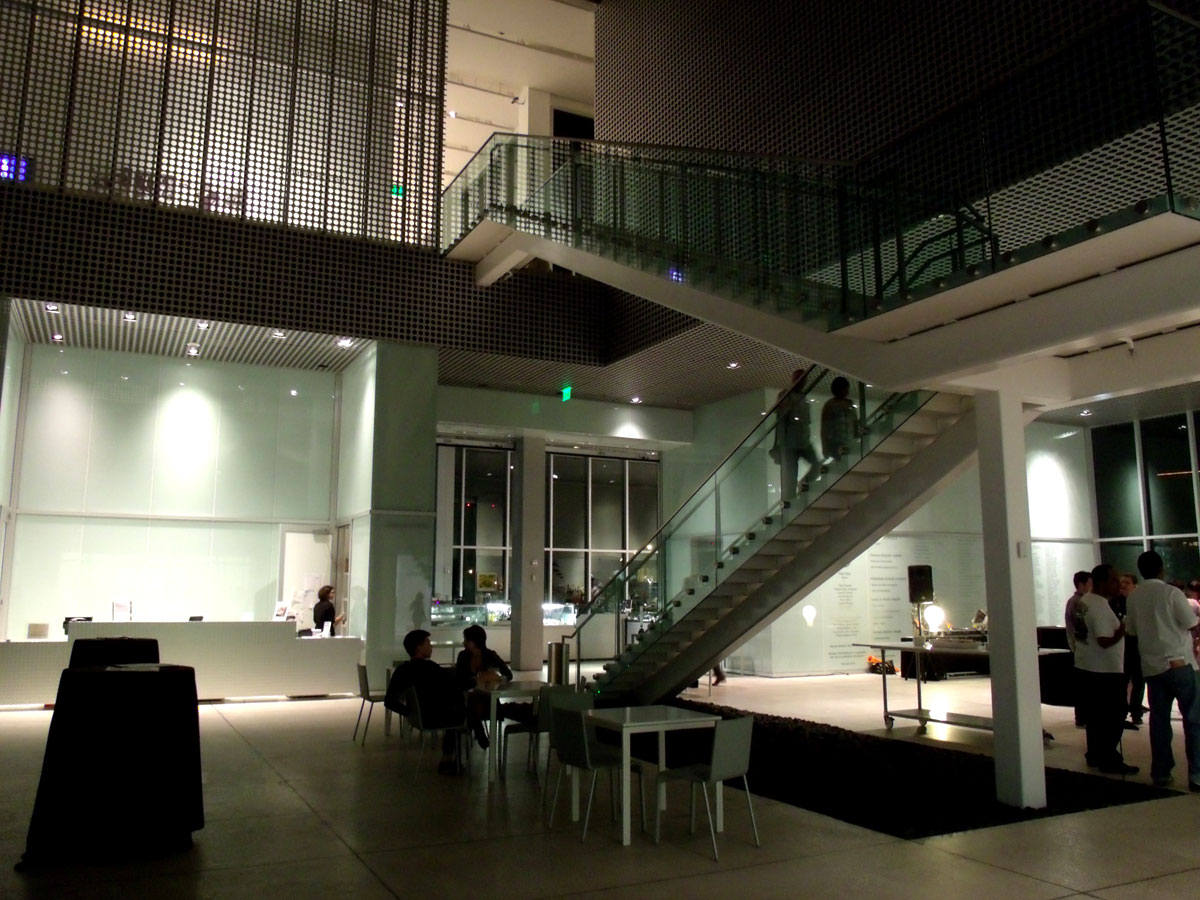 My students looked at me as if they always thought I might be a nerd and I had just confirmed their suspicions. Had I done anything fun this weekend? Yes. I went to the museum.

To be fair to my street cred, my visit to the museum did include alcohol, a DJ, and night-time schmoozing (oh, I hate that word, but it’s too accurate to substitute). The Tampa Museum of Art hosts a quarterly event called Art After Dark. The event opened the museum’s doors well past its usual bed time for a vinyl record themed party. 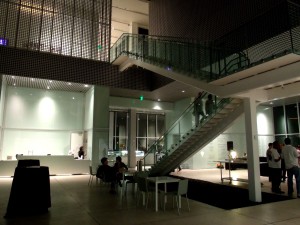 Though the security guards in the upstairs galleries were as vigilant as usual in regards to my camera toting, the visitors were generally much more at ease. This is saying a lot – few places can be as uptight as museum halls. I could hear opinions on various exhibits expressed more freely and finally above a whisper. The chilled out gallery walkers predictably converged on the playful John Cage exhibit 33 1/3: Performed by Audience.

While seriously ruminating over the Don Zanfagna exhibit like a responsible art critic I found myself bobbing my head to what sounded like Tupac as accompanied by a Rossini aria. Inside the John Cage installation twelve record players were arranged in a circle, visitors changing records, choosing songs, playing with speeds. Others had fingers flipping through records chosen by the likes of Jack White, John Baldessari, and Yoko Ono among many others. Museum goers lounged on the couches nearby, discussed album selections, and laughed about their sonic results. After spinning a few records myself, I sat back and enjoyed the cacophony. Multiple melodies drifted in and out of harmony as rhythms caught up with each other and synchronized for a moment before parting again. Watching and listening, it was simple to understand Cage’s intentions and pleasant to see it realized. 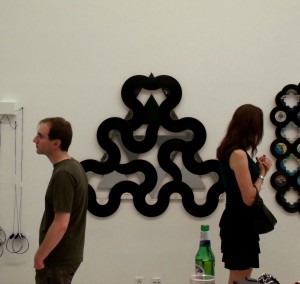 However, downstairs is where the party was – had the cash bar been situated near the Cage installation the mischief that would have ensued can only be imagined. People posed playfully with record sleeves while others snapped photos. Even recent Golden Lion winner, Christian Marclay was spotted chatting with the DJ Brian Taylor.

A first floor gallery featured art from Susan Janvrin and Craig Kaths. Janvrin modifies vinyl records and arranges them in large hypnotic patterns that at once invoke religious symbolism and basic concepts of graphic design. In a very literal way, for Janvrin’s art “the medium is the message”. Kath’s expert prints break down stereos, turntables, etc. into their many basic parts. Layers are piled onto layers of colorful electronic components transforming what can be assumed to be a familiar and benign original image into something alien and visually overwhelming. The work of both artists fit snug into the overall theme of the party, and as with the rest of the event could be as informal or heavy as the viewer allowed it. 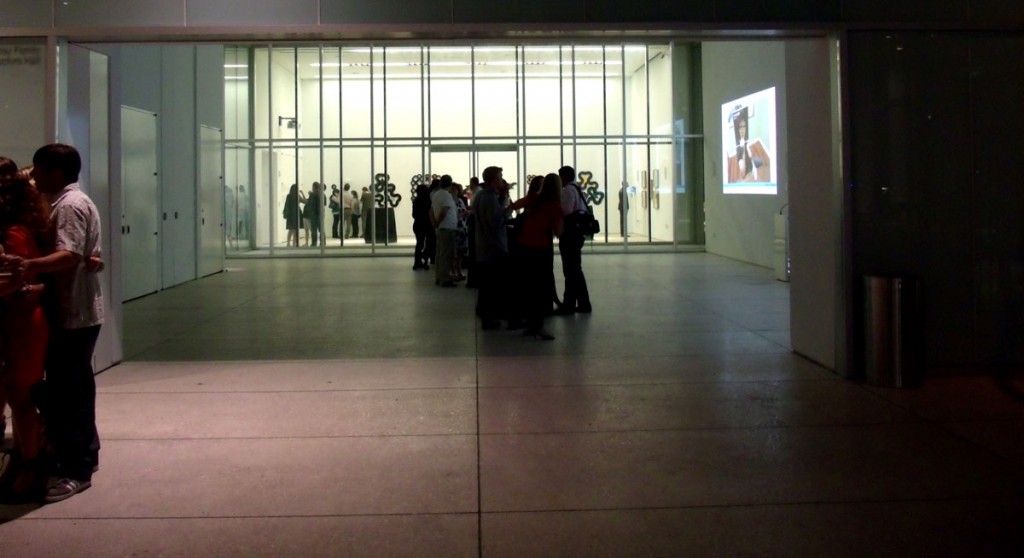 Really, the entire party was similar to the noise floating away from the John Cage exhibit. Along with the music, casual conversation flowed into serious discussion, contemplation into goofing around. The relaxed nature of the event encouraged more interaction and conversation than a museum visit generally affords. In a way, it was the schmoozing that set the event apart and above a usual trip to the museum.

One thought on “Olda Reviews: Art After Dark – On the Record”