March 13 – March, 16, 2012
Opening on Tuesday, March 13th, “Of Forests and Trees” will run until its closing reception event on March 16th. This Crossley Gallery exhibition will feature the most recent bodies of work from George Carr and Christofer Degrér. 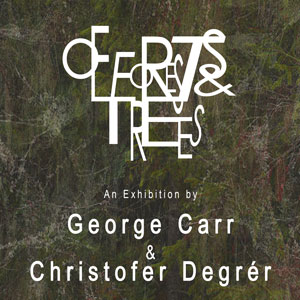 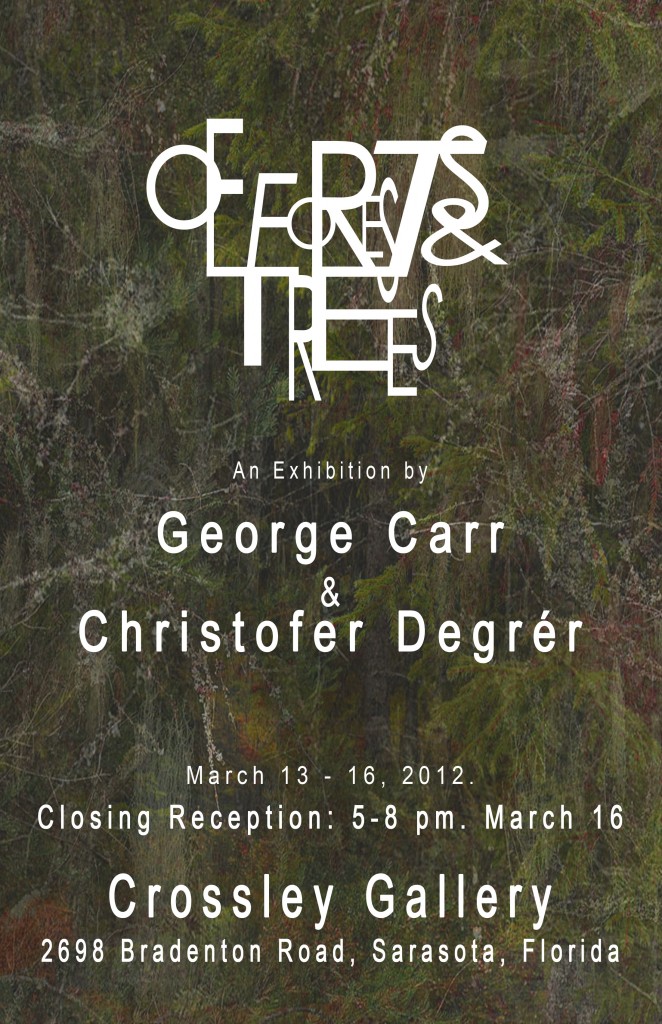 George Carr (Howie in the Hills, Florida. 1990) makes large-scale oil paintings, as well as drawings and watercolors, in the tradition of figurative abstraction. The work in this exhibition attempts to create discord and complexity in images using intense colors, repetitive marks, and fragmented, “all-over” compositions. The paintings serve as a reminder or explanation for the necessity of abstraction itself in the way that they flirt with the idea that one can complicate and fragment even the least descript of scenarios (a simple portrait for example) by simply being aware of the scenario itself.

Christofer Degrér (Malmö, Sweden. 1990) is a sculptor and installation artist working within the tradition of assemblage. For this exhibition, he has taken the simple task of screwing in a light bulb, and exploded the task at hand in order to let us admire the possibilities of distraction. By attaching and manipulating objects and materials such as found wood, chewing gum, lamps, and other common goods, he evokes the cartoonish, yet brutally intricate tedium, of attempting to accomplish even the smallest task when one is left to their own devices and distractions.

The Crossley Gallery invites you to come and see the beauty in difficulty and distraction. The artists have come together, with complication as a common ground, to create a gesture that reminds the viewer how and why sometimes it can be very hard to ‘see the forest through the trees’.