March 15 will host a lecture series by 10 of Sarasota’s local creative leaders. Sarasota Visual Art gives a look into who these people are ahead of time as a visual amuse-bouche to Thursday’s event.

The intention of this event is to showcase and introduce a diverse group of leaders from the local creative community. Each speaker will present 10 images. The images will automatically advance every 30 seconds. In 300 seconds and 10 images, each speaker will give us an overview of their background, current work, or interests. Scroll down for time and location. 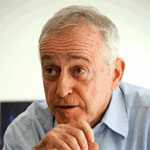 Carl Abbott’s Architecture has been recognized internationally — for the past four decades his office has been one of the most highly awarded firms in the Florida / Caribbean Region. Carl is also a member of the original Sarasota School of Architecture. Among his many recognitions, Carl is a Fellow of the American Institute of Architects and has been awarded the AIA Florida Caribbean / Region’s Medal of Honor for Design and the Architectural Firm Honor Award. The University of Florida recognized him as a Distinguished Architectural Alumnus. He has taught and lectured in many places including Yale, Harvard and the World Monument Foundation.¬ From Yale, Carl received his Masters with studies under Paul Rudolph, Vincent Scully, Louis Kahn (University of Florida), a Bachelors with studies under Bill Stewart, Buckminster Fuller. He has worked in Hawaii, in New York with I.M. Pei, and in London with Yale classmates Richard Rogers and Norman Foster.
Ann Albritton (Art Historian) 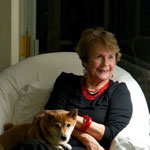 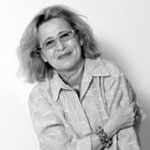 Andrea Dasha Reich was born in Prague, Czechoslovakia, in a creative and progressive environment. Her Father was a lawyer and political activist and her mother was a graduate of the Academy of Applied Arts in Prague. She was raised in a Bauhaus designed apartment building filled with inspiring original artwork of that era. When her family relocated to Israel in 1960, Dasha studied art and design at the Bezalel Academy of Art in Jerusalem, under renowned modernist painters Yossi Stern and Moshe Rosenthalis.

After emigrating to the United States in 1966, Dasha enjoyed successful careers working in fashion design, accessories, home furnishing, textile design, tableware, and commercial space design. Her abstract paintings reflect her travels to Eastern and Western Europe, the Orient, the Middle East, and Mexico, and she draws inspiration from various aspects of our inter-connected, global culture. 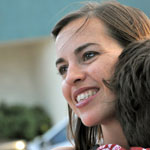 Jeannie Perales has been the Director of Education at The Marie Selby Botanical Gardens since 2010. Prior to that, she was a Museum Educator at The Denver Art Museum followed by The John & Mable Ringling Museum of Art. A Florida native, Jeannie returned to her hometown of Sarasota in 2005 after giving birth to her first child in Spain. With degrees in Communications, Cultural Anthropology and Educational Psychology coupled with her museum experience, Ms. Perales’ skill is in feeding information to the public in digestible bites through informal programs such as lectures, tours, interactive elements, and classes. Professionally, she’s spent twelve years in art museums and botanical gardens working with content specialists to design programs for visitors. A self-proclaimed generalist, Jeannie claims that “although not an authority on any one topic, I am an educator which means that the only thing I like more than information is sharing it in accessible and fun ways.” Ms. Perales lives in Sarasota with her husband, Daniel Perales and their two children, Kique, 6 ½ and Lucia, 5.
Kevin Dean (Artist, Selby Gallery Director) 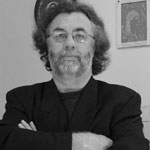 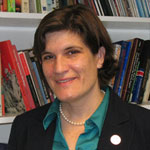 In both her research and teaching, Professor Clark moves among the disciplines of musicology (music history), ethnomusicology (anthropology of music), and dance history, striving to demonstrate the ways that experiences of music are culturally constructed and historically situated.

Most of Professor Clark’s research has focused on French opera and ballet of the nineteenth century; however, she has recently developed strong interests in representations of nature in music and the tradition of music education at Lutheran liberal arts colleges. She teaches on a wide range of topics in music history, including courses on the history of opera and music and the environment. 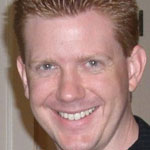 Associate curator of modern and contemporary art is responsible not only for overseeing all aspects of the museum’s permanent collection from 1850 onward, but also curating new exhibits. Prior to his appointment, Dr. McLendon, a native Floridian, was appointed the first Curator of Academic Initiatives at The George D. and Harriet W. Cornell Fine Arts Museum, Rollins College. Dr. Matthew McLendon is an alumnus of Florida State University where he received Bachelor of Art degrees in both Art History and Music. While at FSU, he was the first intern in the department of Interpretation and Education at Tate Britain, London. After graduating Phi Beta Kappa, Dr. McLendon returned to London to study at the Courtauld Institute of Art, University of London where he received his MA and PhD. 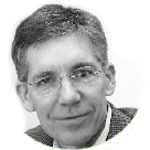 Born in St. Louis, Walsh is a graduate of the University of Missouri School of Journalism and attended the University of Kansas Graduate School of Business. Matt Walsh is CEO and co-owner of The Observer Group Inc. — publisher of the Gulf Coast Business Review, Gulf Coast Commercial, The Sarasota Observer, The Longboat Observer, The East County Observer, The South Sarasota Observer, The North Manatee Observer and Season magazine. Since then, through a combination of four startups and three small acquisitions, the company has grown from 18 employees to 60 and increased revenues more than sixfold.

The Observers are a group of free community weeklies that reach 200,000 readers per week in Sarasota and Manatee counties. The Review, in contrast, serves as highly targeted audience of 5,000 CEOs, entrepreneurs and business leaders from Tampa Bay to Naples and is the only weekly business paper covering the west coast of Florida. 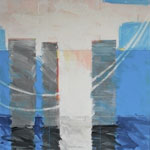 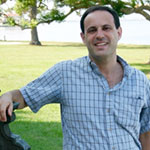 Uzi Baram is an anthropologist who teaches a wide range of archaeology and cultural anthropology courses. As a New College professor, Professor Baram has moved his principle area of research from the eastern Mediterranean to the west coast of Florida. In the eastern Mediterranean he has studied the material culture, cultural landscapes, Western travel accounts, and social identities of the Ottoman Empire. Current research on the Middle East examines the intersection of archaeology and heritage tourism.

Where: State of the Art Gallery
1525 State Street, Sarasota, FL

Cost: $10 tickets are available at the door or can be purchased at the State of the Art Gallery or by calling 955-2787, includes passed H’orderves and complimentary glass of wine.