Review of the Dunedin Fine Art Center – Contain It! 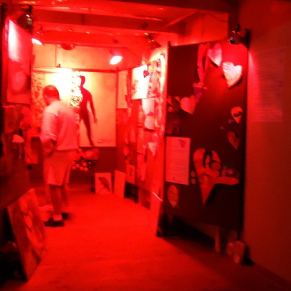 There is an inverse relationship that builds the least exciting art exhibits: more initial potential against less use made of it. As I mentioned in the preview to the Dunedin Fine Art Center’s Contain It! show, it starts with a good idea. The mobile storage company PODS donated five units that were in turn used by local artists as sites for installations. The PODS are an ideal size – they’re big enough to walk through, but small enough to realistically build an installation. Also, the concept of using storage units provides numerous thematic jumping off points. The potential grew from here then seemed to be left alone. 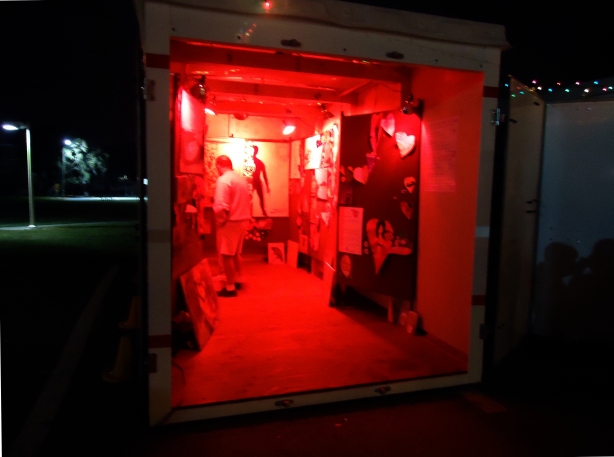 To be clear, this show was not disappointing because of the artwork in the PODS. Actually, the work of Deon Blackwell in particular was conceptually strong and well crafted. His large ceramic pieces hung from stands and looked like they had just been pulled from the bottom of the ocean. This turned out to be nearly accurate. Each of the large pieces was painted with water-soluble paint and infused with salt. As the salt crystallized, liquefied, and repeated, this process warped the color of the work. This process was also slowly eating the work from within over several years. The surface swelled in some places and flaked off like scabs in others. Blackwell compared this to a cancer – as it grows, it also destroys. However, I had to ask myself: why is this work in a PODS unit? 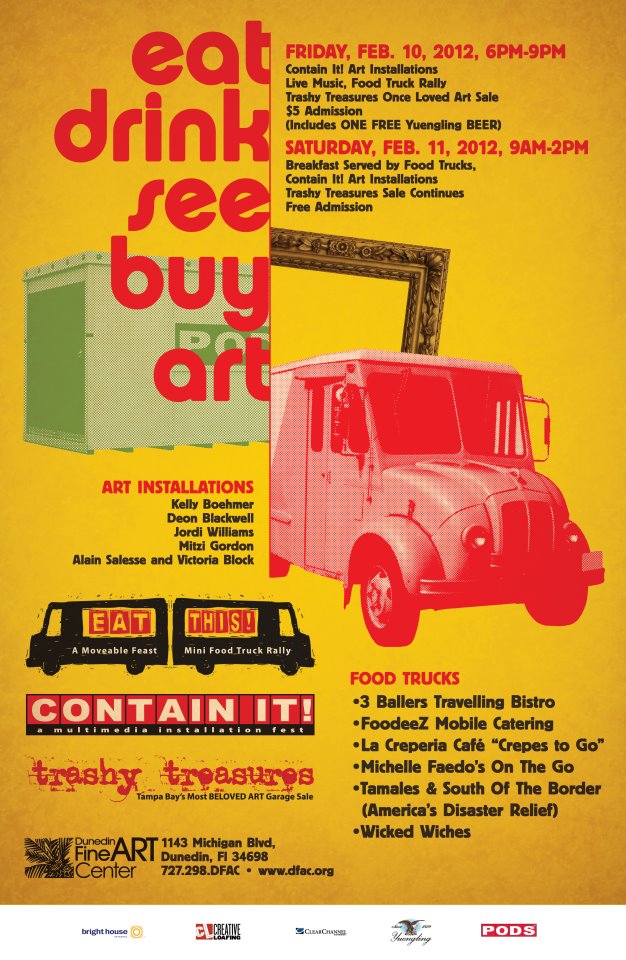 Blackwell’s work was the strongest presented at Contain It! but it still looked like first-rate art sitting in a storage unit. To be fair, three of the other units did build installations. However, the installations came off as ways (I hate to say excuses) to exhibit work better suited for hanging on a wall or sitting on a pedestal. Rather than making use of the PODS’ strengths of size and concept, they seemed to nearly be ignored.

I should clarify that the poster for the event incorrectly listed Mitzi Gordon as one of the Contain It! artists.