Saturday February 11 – March 2, 2012
An all-oil, splattered and patterned investigation into situations, atmospheres, still-lifes, daydreams, and bodies all caught up in a thick, humid, and seductive flatness. 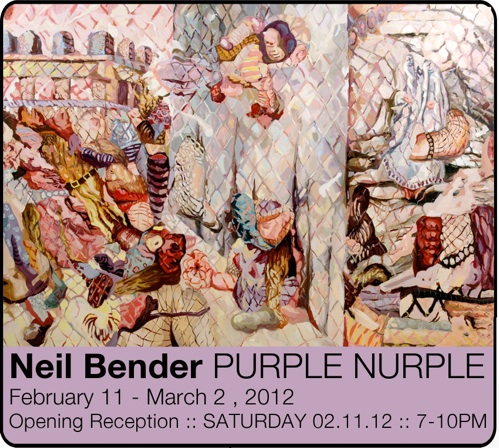 The work in “Purple Nurple” is an all-oil, splattered and patterned investigation into situations, atmospheres, still-lifes, daydreams, and bodies all caught up in a thick, humid, and seductive flatness. The paintings take both pre-packaged and idiosyncratic fantasies and wring them through the ever-circular and perpetually fascinating limbo of pop culture, butting up against actual experience and the wonderfully soupy problems this presents –both as images and moralities.

Neil Bender was born in Perth Amboy, New Jersey, and currently lives and works in Florida. His work has been shown nationally and internationally, at the Front in New Orleans, the Boston Center for the Arts, the CUE Art Foundation in New York, the Atlanta Contemporary Art Center, Saltworks Gallery in Atlanta, the Boston Center for the Arts, Fe Gallery in Pittsburgh, Palazzo Casali in Cortona, Italy, and many other venues. His work was represented by Bleu Acier Gallery in the Bridge Art Fair during Art Basel Miami 2006-8 and Art Chicago 2007, and shown in San Juan at Circa PR in 2010. He received the Joan Mitchell Foundation MFA Grant in 2002 after getting his degree from the University of Georgia, attended the Skowhegan School of Painting and Sculpture in 2004, and the ‘Painting’s Edge’ program in Idyllwild, CA in 2006 and 2008. 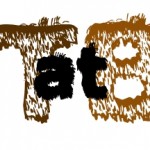