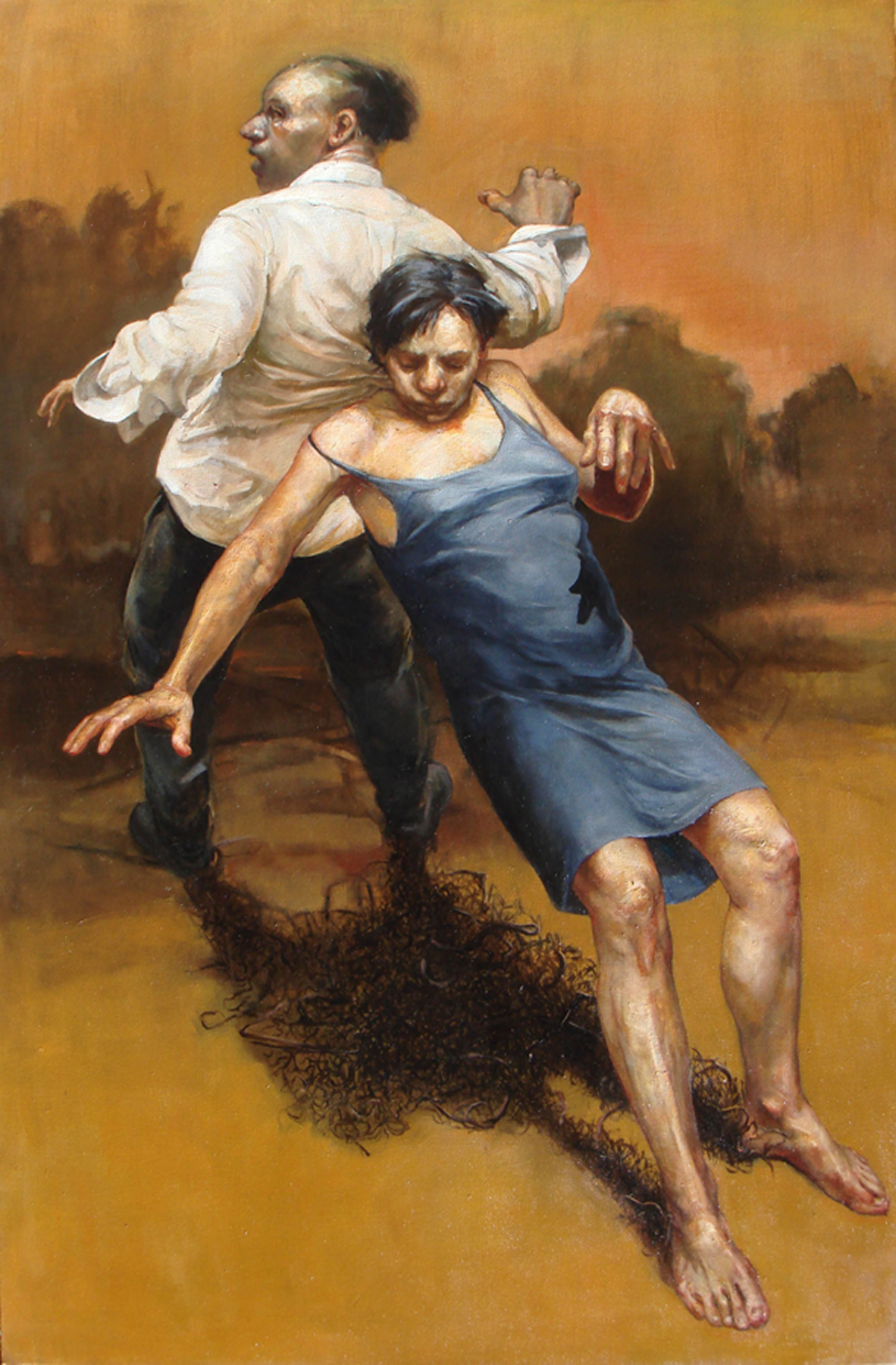 Lynn Davison often brings a sense of the absurd to her figurative dramas. A graduate of the Ringling College of Art and Design, this Naples-based artist has been creating haunting, figurative imagery for more than 30 years. “The human figure has always been the primary focus of my painting,” says Davison. “I want my figures to provoke introspection. While they are essentially a revelation of self, I hope they begin to portray, in some universal way, certain truth about what it can mean to be human, exposed, disconnected, and vulnerable.” This exhibition will showcase more than 25 of her paintings and drawings. “Lately, I find myself mostly interested in men and women at odds with each other but totally depending on the other,” says Davison. “My husband retired five years ago, so I am having to learn to share my space and time.”

Aaron Board (Featured Artist) says his work is “a constant search to recreate the pathos I find in the human visage everywhere. My great love of the human figure in its myriad variations provides the impetus for the curious scenarios found in my paintings.”

Board studied at the New York Academy of Art, a school noted for its intensive focus on the human body. As an MFA student there, he studied with such luminaries as Eric Fischl, Steven Assael and most importantly, Vincent Desiderio, who he believes helped him shape his sense “of allegorical construction and intellectual content.”

An instuctor at Ringling College of Art and Design, Board says he draws inspiration from such artists as Frank Stella and Jackson Pollock, as much as he is inspired by Rubens or Van Eyck. His interest in the modernists is what directs his subjects’ awkward gestures and poses. “Although originally guided by the pathos, the end product, my works ultimately end in an idiosyncratically allegorical piece that is in a language of its own.”