January 27 – March 17, 2012
The show presents a selection of recurrent themes which reveal the concept of the “ephemeral moment” in Pachner’s work. The images include variations of his idea of landscape, the interior, and other visual memories, derived from the native-land of his childhood in Czechoslovakia and the precious, life experience of his time in America. 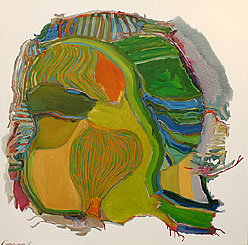 WILLIAM PACHNER: SELECTED WORK 1960-1970 is made up of oils, pastels, and drawings. The show presents a selection of recurrent themes which reveal the concept of the “ephemeral moment” in Pachner’s work. The images include variations of his idea of landscape, the interior, and other visual memories, derived from the native-land of his childhood in Czechoslovakia and the precious, life experience of his time in America.

By the 1960’s, William Pachner had been invited to exhibit in the Corcoran Biennial, the Carnegie International and the Whitney Museum of Art annual and had a long list of solo shows in New York Galleries and a retrospective exhibition at the Ringling Museum.

Living in both in Florida and Woodstock, New York, among numerous colleagues and respected artist friends (Philip Guston, Yasuo Kuniyoshi and Edward Chase) Pachner was a contemporary voice telling his story, affirming his reverence for life, in the face of the heartbreaking loss of his entire family in the holocaust.

Spontaneous improvisation, individuality and the action of his exuberantly visual thinking is revealed in Pachner’s body of work. His work is unified not because it fits into one stylistic category or another, but because it has been sustained from a tragic experience, is an effective critique of the concept of stylistic categories, and of the related idea of fixed singular meanings. The cumulative meaning of Pachner’s imagery is that meanings are elusive, because meanings we attach significance to, are in the state of becoming. In the history of art, Pachner’s work will continue to resonate, remain reflective and fresh.

WILLIAM PACHNER was born in the Czech Republic in 1915. He studied at the Academy of Arts and Crafts in Vienna and later worked with Melantrich Publishing in Prague before coming to the United States. In 1940 he was hired as art director of Esquire Magazine, but within three years, left Esquire to do his part in the anti-Nazi crusade creating anti-fascist illustrations which were published in well-known magazines such as Colliers, Cosmopolitan and Redbook. As the war ended, he learned of the tragic loss of his entire family. He turned away from commercial art to begin his serious work. In 1945, Pachner made his home in Woodstock, New York and in 1980 became a resident of Tampa, Florida. A Guggenheim Fellow, recipient of two Ford Foundation awards for painting (1959-1964), William Pachner has been given more than twelve one-man shows in New York City. He has exhibited by invitation in the Corcoran Biennial, the Carnegie International, the Whitney Museum Annuals and in other national shows at the Pennsylvania Academy and the Detroit Institute of Fine Art. In 1965, Pachner was chosen to exhibit in the United States, Fine Arts Pavilion of the New York Worlds Fair. He is represented in the permanent collections of the Whitney Museum of American Art, the Hirshorn Museum, Brandeis University’s Rose Gallery, the Butler Institute of American Art, Iowa State Teachers College, Ein-Harod Museum in Israel, and many other distinguished public and private collections.
William Pachner has exhibited with Brad Cooper Gallery since 1985. Visit www.bradcoopergallery.com for further information.

Viewing Hours are Friday and Saturday, 12 noon until 5pm; viewing is also available by special appointment; please call 813-248-6098. This exhibition runs in concurrence with the Tampa Museum of Art exhibition of William Pachner: Work from the 1960’s. 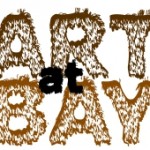