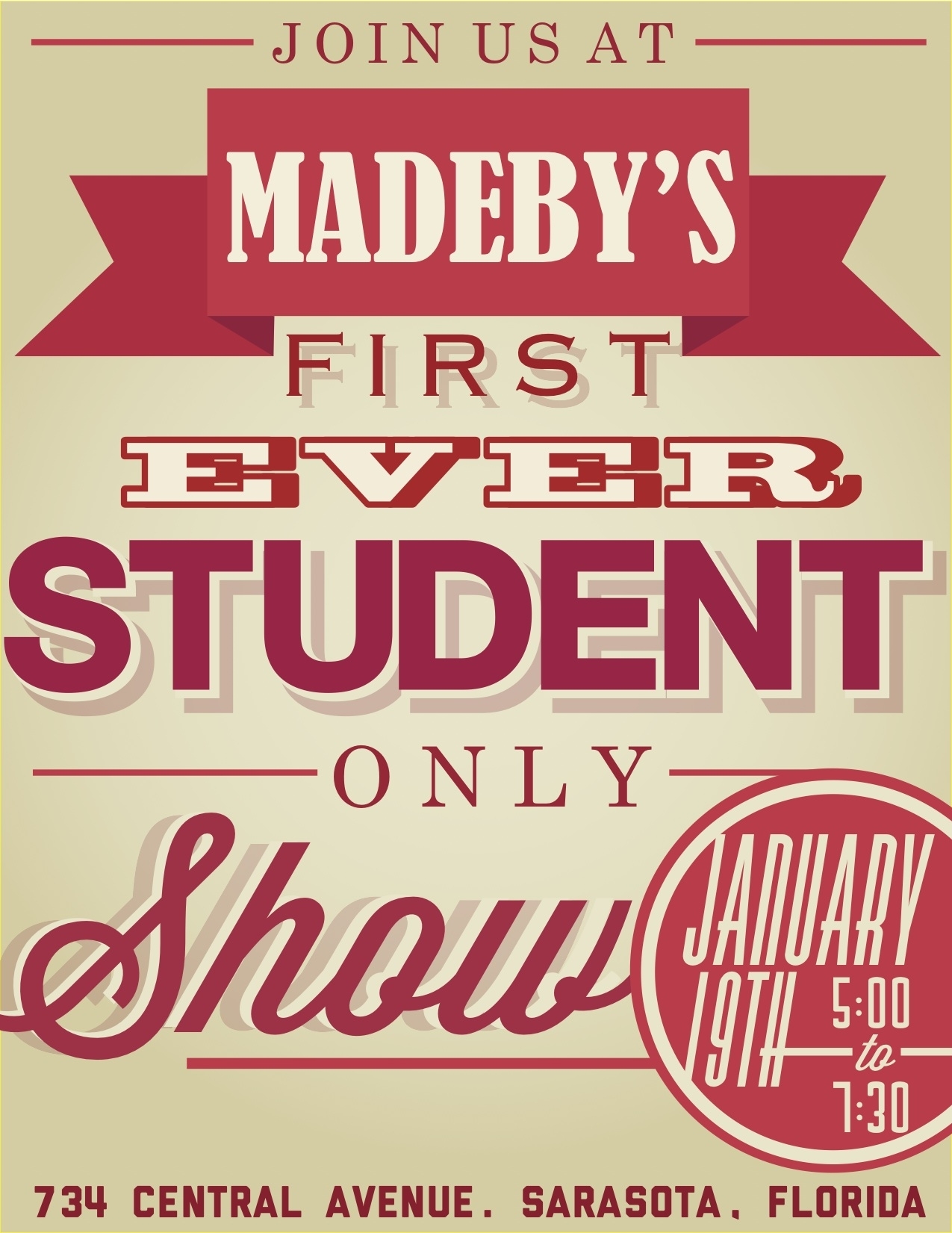 madeby gallery welcomes the new year by hosting its first-ever Student Only show on January 19th, 2012. Featuring the artwork of seven students, each unveiling five new works, the gallery is sure to be “radiating with new energy” says Ringling College Illustration major Marcello Mesquita who curates the show. 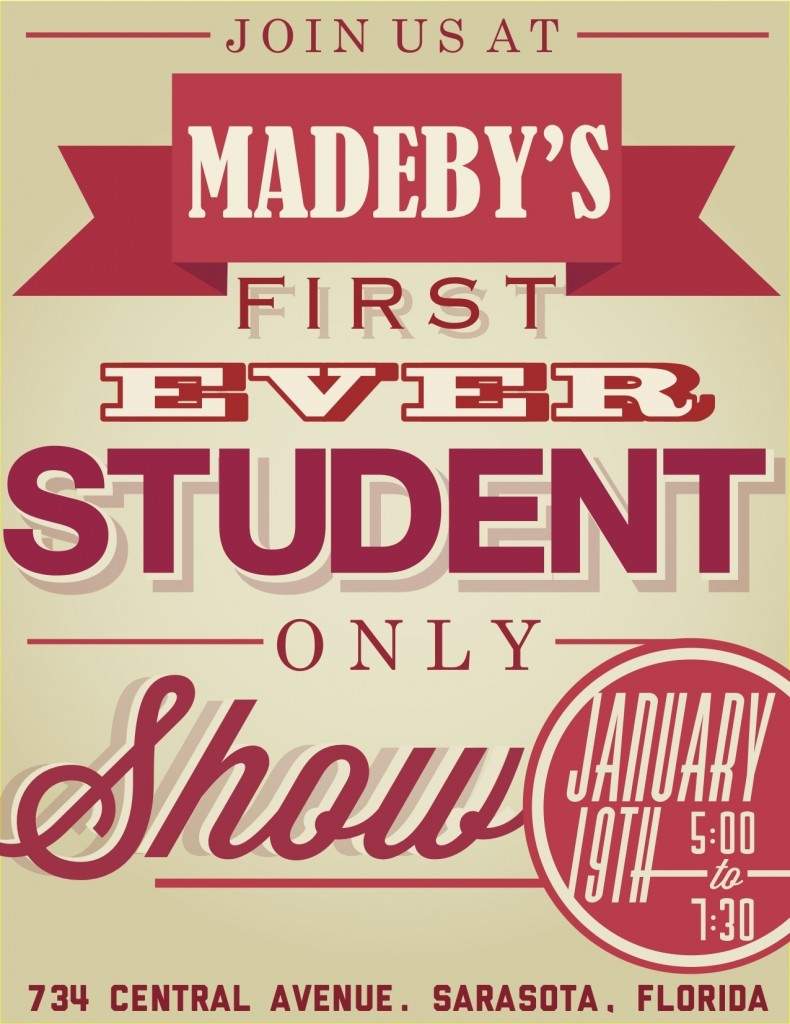 In addition to regular art openings, madeby gallery offers an eclectic assortment of one-of-a-kind and limited edition works for sale by Ringling College of Art and Design students and alumni. Details and hours of operation are on its website, www.madebygallery.com.