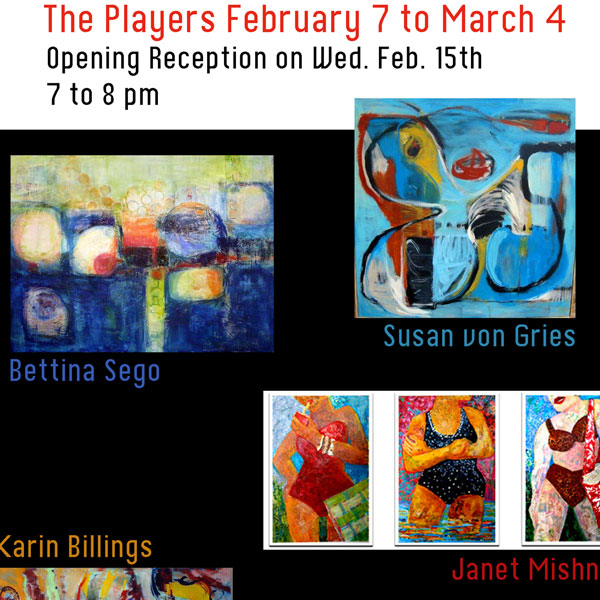 An exhibit of paintings by Janet Mishner, Bettina Sego, Susan von Gries artist friend, Karin Billings. The exhibition may be viewed at The Players Monday through Saturday, 10 AM – 4 PM. 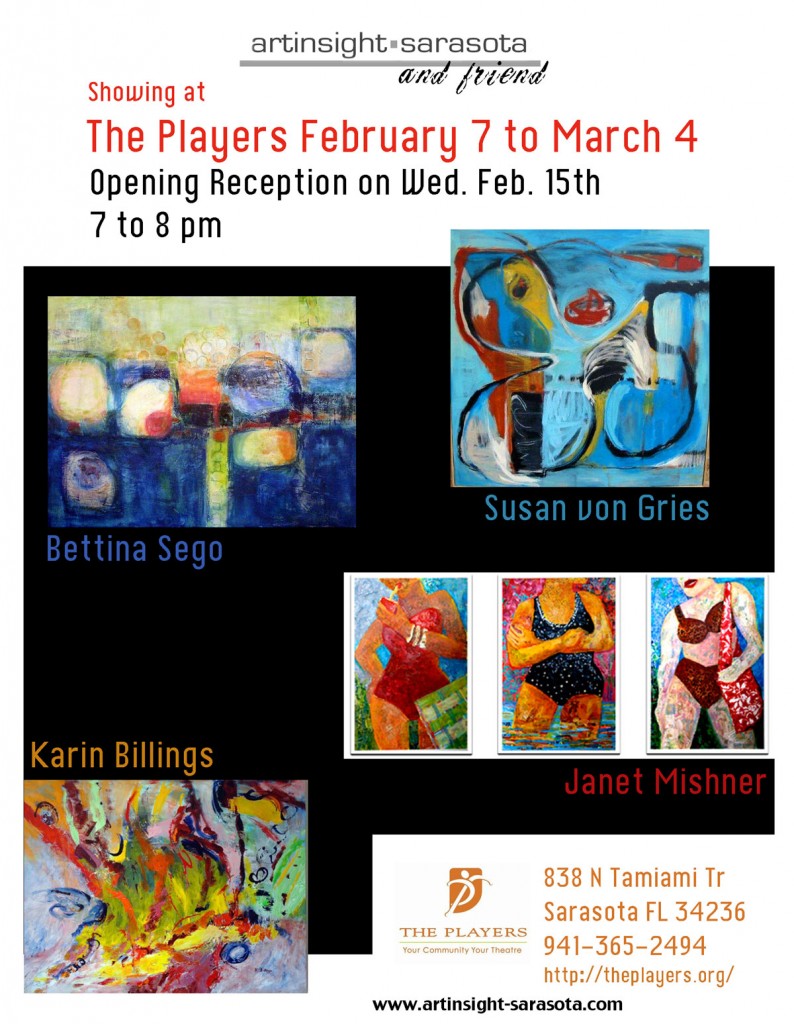 The artists will be hosting an opening reception in the theatre lobby on February 15, 2012, from 7-8 PM. The public is invited.