January 28 – May 6, 2012
The Tampa Museum of Art is pleased to present an exhibition of approximately 70 works of art that span the career of this internationally renowned artist. 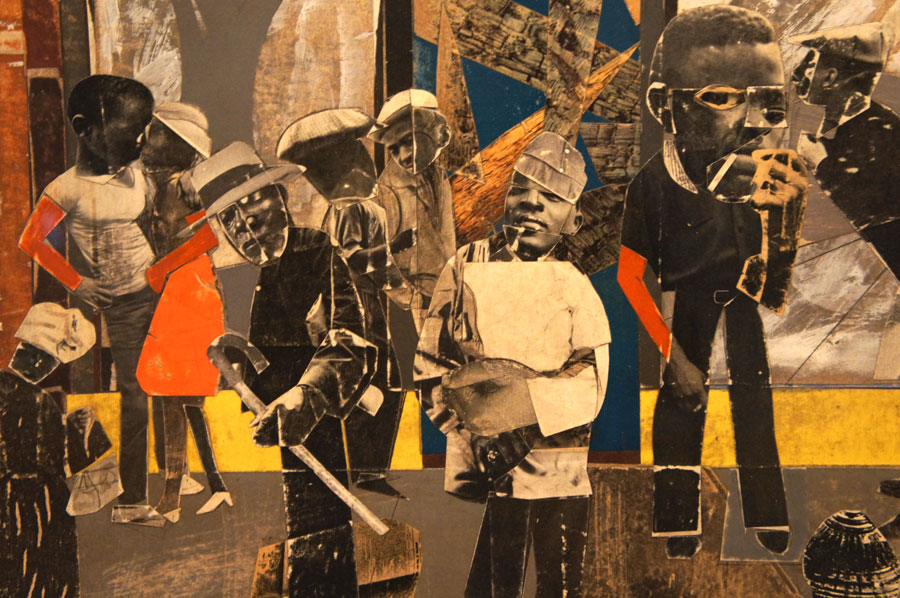 The Tampa Museum of Art is pleased to present Romare Bearden: Southern Recollections, an exhibition of approximately 70 works of art that span the career of this internationally renowned artist. Bearden (1911-1988) is widely regarded as one of the most important African-American artists who worked in the United States during the 20th century. He has been the focus of many solo exhibitions, including presentations at the National Gallery of Art, the Metropolitan Museum of Art, the Whitney Museum, and the Museum of Modern Art. In 1987 he was awarded the National Medal of the Arts by President Ronald Reagan.

Works assembled from public and private collections will highlight Bearden’s mastery of collage as well as his development of narrative and thematic explorations of his native South. This exhibition, which will be on view in Charlotte and Newark during its national tour, coincides with the centennial of Bearden’s birth and will examine how the South served as a source of inspiration throughout his career (a theme that has not been previously explored). Through visual recollections of his experiences in the South, Bearden meticulously recorded the ritual forms, or the “collective beliefs,” that imbue his works with archetypal significance. These visual metaphors hold in perfect balance the literal and the symbolic; with them he celebrated and eulogized a lost way of life and the feelings and values associated with the past. Among the large thematic groupings will be selections from The Prevalence of Ritual series, which includes many works referring to Bearden’s childhood home in Mecklenburg County, North Carolina.

Bearden spent many summers during his childhood with his paternal grandmother and great grandparents in Mecklenburg County, and absorbed stories and observations about the rituals of daily life—the relentless toil of cultivating crops, formidable women tending lush gardens and mixing herbal remedies, blue wash day Mondays, Friday night fish fries, Saturday night revival meetings, and church-going Sundays. These experiences, which stood in stark contrast to the urban rhythm of his parents’ New York City household, left an indelible impression on him.

In the early 1940s, Bearden began giving visual form to his boyhood memories. The works in his Southern Series, painted in tempera on brown paper, are characterized by strong colors, flattened perspective and stylized, highly formal compositions. Paintings such as Folk Musicians (1942) and The Visitation (1941) are examples of Bearden’s depictions of agrarian life, as well as his portrayal of emotional bonds common to all humanity, but particularly informed by an African-American experience.

As Bearden developed his collage technique in the mid-1960s, he made use of a wide ranges of art practices, both Western and non-Western. His studies of masters of European, African, and Classical Chinese art enabled him to draw on styles that he felt were timeless and historically durable. The fragmented images Bearden gleaned from magazines and arranged as a whole are as much a part of the content of his compositions as are the events and people depicted. His use of collage, which emphasizes distortions, reversals, telescoping of time, and Surrealistic blending of styles enabled Bearden to convey the dream-like quality of memory and active imagination and was therefore a perfect vehicle for images of his memories of the South.

Bearden returned to the South in the 1970s as his career was beginning to gain momentum. This homecoming in his late mid-life proved bittersweet. The region was undergoing urban renewal, and already traces of Bearden’s past had been erased. Perhaps this nostalgic experience imbued Bearden with a greater sense of urgency to both celebrate and eulogize a lost way of life, a theme that would inform his artwork for the remainder of his days. Bearden developed a complex iconography that spoke to these developments.