October 1, 2011 – January 16, 2012
An installation of color studies which reflect Albers’ investigations into how colors interact with and alter one another when placed together. 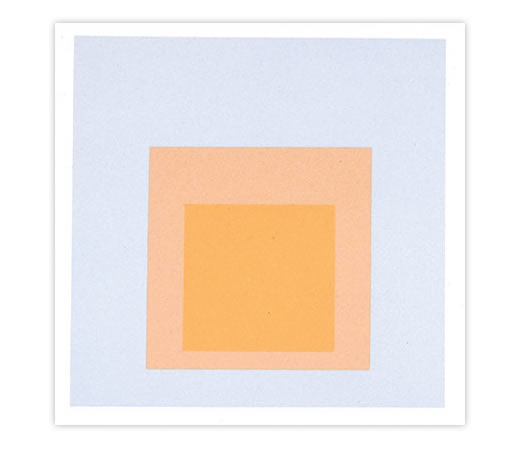 Josef Albers (1888-1976) was one of the most influential art educators of the 20th century. During the 1920s, first as a student and later as a professor at the famed German school of art and design, the Bauhaus, Albers began formulating his theories about technique and art instruction that would later influence an impressive lineage of students including Robert Rauschenberg, Cy Twombly, Ray Johnson, Susan Weil, Richard Anuszkiewicz and Eva Hesse – a veritable “Who’s Who” of mid-century American modernism.

This installation of Albers’ work is comprised of color studies which reflect his investigations into how colors interact with and alter one another when placed together. These experiments provided the foundation for his courses in color theory. On view are examples which restrict his visual vocabulary to the most basic of geometric forms, the rectangle and the square. In doing so, Albers frees us from the distractions of objective recognition allowing for an unrestricted contemplation of his primary concern—the properties of color.