No ideal form is thought of. Rather than transcendency, contingency is paramount. A mark’s purpose is to bridge the one before it and the one that will follow it. 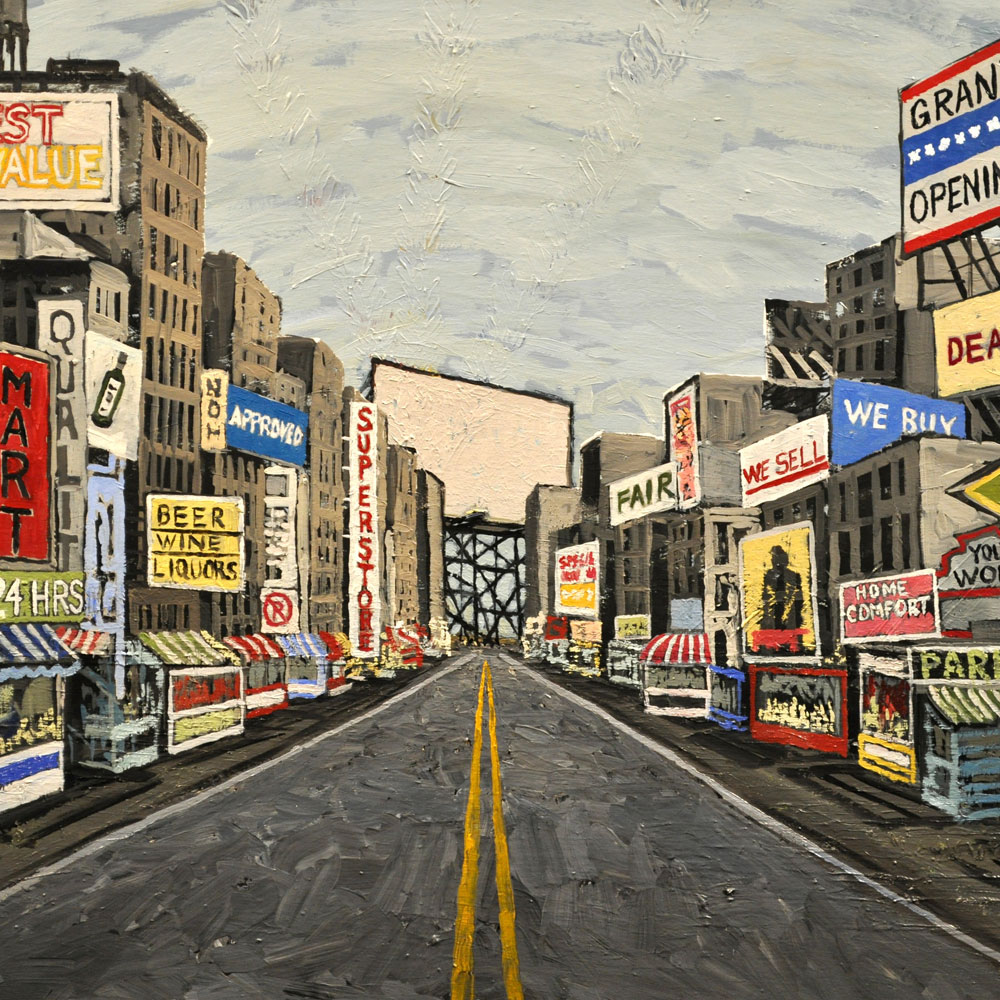 Currently, Art Center Sarasota is presenting a fascinating exhibition in the galleries titled Material Matters: A Look at Medium and Method. Given the sheer breadth and depth of each work this exhibition is a must see. Participating artists include: Lauren Garber-Lake, John Westmark, Malaika Zweig, Erika Mahr, Leslie Robison and Jason Mitcham

1. What sort of art critic are you? Or, asked differently, who is your favorite art critic?

Much like the rest of the art world, criticism has become increasingly splintered since the birth of postmodernism. Some of my favorite critics have competing ideas on art. I have a huge respect for the criticism of Hal Foster. I think he is one of the last critics to have been able to give a summation of the interconnections of movements within the art world up until about the 90’s. At the same time I have a great respect for the moral founding that I see in Robert Storr. Although one might look at him as a more conservative critic in regards to his defense of painting, I think he comes from a much needed standpoint, where the critic/curator actually makes some work themselves, and in so doing has a greater understanding of the reality of the whole situation. As do I, he believes that art should have an urgency, and if it does not, it probably doesn’t need to be made. 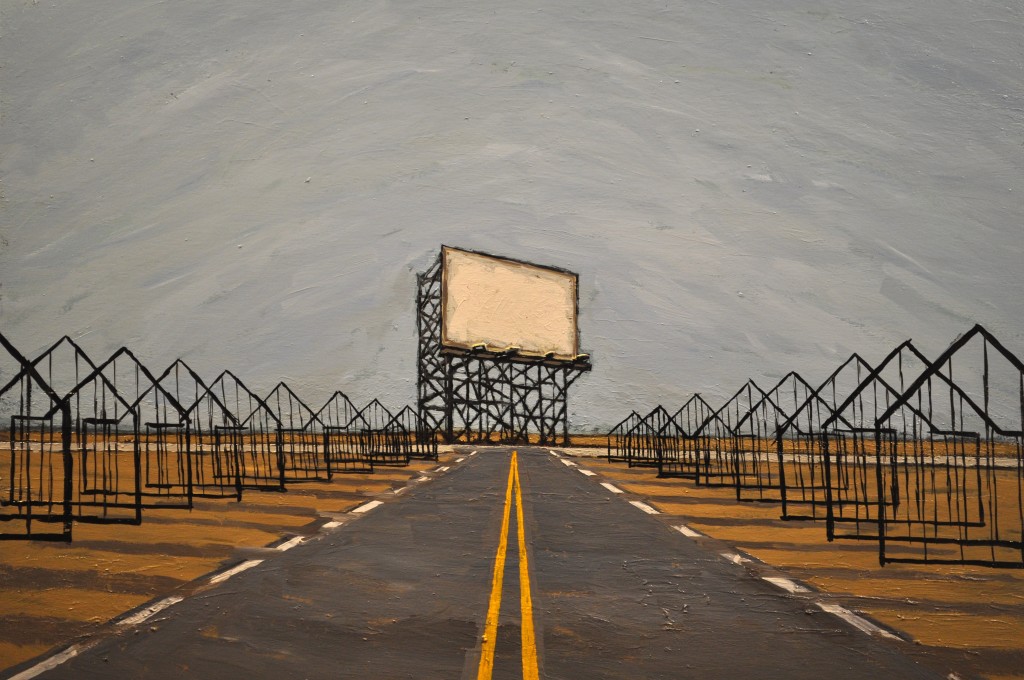 2. What aspects of contemporary art would you change, if you could?

It’s a frustration that has been voiced by many, for many years, but I too have concerns with how market-driven much of contemporary art is. So many times I am let down with the work I see in the Chelsea art district of New York. Galleries show work that they know will sell, and with the recent strains of the economy this has become even more evident. More often than not, I find exhibitions to consist of either very conservative and derivative work, or of work from older, heavily established artists…which is often amazing work…I’m just already familiar with it and have seen it many times before. This, along with the cost of living and making work in New York City gives me great concern for my generation of artists in this city trying to produce thoughtful, challenging, and formally engaging art.

3. How did you arrive at the structure of your work?

Looking back, the animations that I am making now came from a number of indirect sources in my past, none of which I thought would influence my work directly at the time. One such source was working as a land surveyor for my father’s civil engineering firm. Working on different sites, it was interesting to really get to know a space, and then see it transformed through the grading and construction process. I remember at the time questioning some of the ethics and quality of design/work that went into changing these landscapes and spaces. Another source was the animations of William Kentridge. I spent quite a bit of time researching and studying his work and process for a film theory seminar in graduate school, and although I immediately fell in love with his work, I never thought I would have any interest in making animations, much less even be able to try. Once I realized that I needed to show time within site-specific landscapes, both sources became crucial in shaping the way I constructed the animations.

4. How do you see the societal role of the artist evolving?

I think that the internet and globalization have blown things wide open. Artists don’t have to rely on the traditional gallery approach to get work out to the public, and with tools like the internet, one might argue these approaches may bring the work in front of a larger audience than a gallery or museum ever can. In the broadest sense, I see a shift happening over the past few decades where the artist’s function is less controlled by such institutions. Instead of making work geared for the white cube space of a gallery or museum, to be seen by only those who go to such spaces, the artist’s work can take the form best needed to develop their ideas. Land and environment-based artists such as Robert Smithson and Gordon Matta-Clark pioneered such forms in the 1960’s and 70’s, and we have seen this continue today with artists like Allora and Calzadilla. I think the challenge is to keep a functioning theoretical dialogue as this happens (especially when the audience experiences the work over social media outlets such as the internet), and most importantly, to figure out how physical work, such as painting or sculpture can still be experienced in person. If this can be navigated, I think the artist can truly function as a catalyst for social change, and to bring awareness to both local and global concerns.

5. One of the most complicated aspects of being an art maker is the “Life Work” balance: making important decisions on when to start and when to stop and where to separate things. Do you have any advice for other artists, based on your own methodology, on how to balance a life’s work?

After graduate school, upon moving to New York City, I decided to put making art first and foremost in my life. This required (and continues to require) a lot of tough choices. I started to structure my life in a way that my schedule and finances allowed me as much time in the studio as possible. I try as often as possible to cancel out things in my life that are not helping me achieve my goal of being a self-sustaining artist. Unlike many of my friends and colleagues who teach, or work in other art-related professions, I wait tables. I work doubles in a restaurant so that I can have 4 days a week in the studio. Although it is a hectic schedule, I can make enough at my other job where I never have to rely on sales of my artwork to support my practice. This in turn has allowed me to venture into realms where selling the work is not really an option.

My advice would be to have a general idea of what you want as an artist, and then just start directing everything in your life towards that. Eliminate things that hinder your advancement as an artist, and replace them with things like reading theory, more studio time, and just considering what kind of work you want to make, and how it will function within the art world. Eventually you will start to build some momentum.

“There’s a paradox about the survival of works of art- I mean in our society, where art doesn’t serve any ritual or didactic purpose. The motivation to do it is the doing of it, the excitement of solving problems, but problems of a kind that can only be solved through actually making something, so that, at the end of the process, there’s this thing, the residue of activity. Now, once having made that thing, the artist really might as well destroy it, but usually they seem to prefer to let it go on existing.” -David Sylvester, from the Francis Bacon Interviews

These animations began from a need to incorporate time into a painting involving a specific site. I had two aerial images of Levittown, NY, one from 1945, and the other from ten years later in 1955. I wanted to animate the changes in the site within a painting. However, as the roads continued to grow, overlap and interconnect, the notion of Jackson Pollock’s paintings became apparent. The painting process allowed for this association, and the animation became an abstraction that eventually obliterated itself.

When a painting becomes a field of narration, the artist’s mindset about constructing the image changes. No longer are marks made with the ultimate, final state of the image taking precedence. Rather, every mark creates the animation, so only the next movement matters. No ideal form is thought of. Rather than transcendency, contingency is paramount. A mark’s purpose is to bridge the one before it and the one that will follow it. More than likely it will be overlaid later on, by other marks needed to tell another part of the story. As the animations develop, the paintings themselves become topographic “terrains” of built up layers, correlating to the sites they depict.

In discussing the suburbs, Robert Smithson writes about them as “rising into ruin.” They exist without a past, at least in any real sense, and thus have no hope for a lasting future. As they are being built, their immanent decay can already be predicted. The sites in these films, some fictional, some real, adhere to that idea. They are in a state of constant change, only cognizant of their present state, and the decisions made pertaining to their design show little regard for a past or distant future. These non-places constitute the definition of “nowhere”, yet they are everywhere.