You want Sarasota to join the Occupy Wall Street movement and be the first art community to make a stand through art? 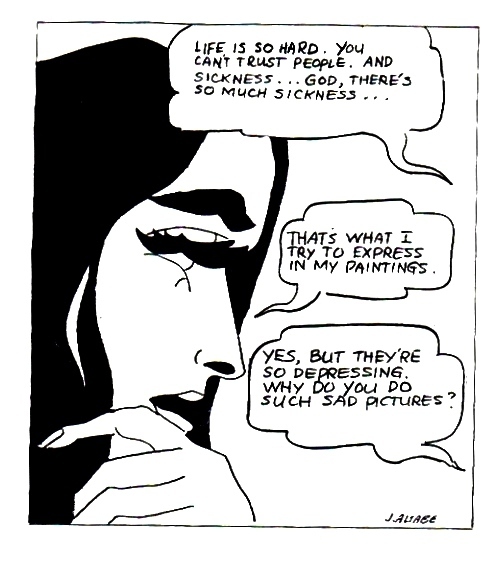 You want Sarasota to join the Occupy Wall Street movement and be the first art community to make a stand through art?

You ask a lot.

Sarasota is not known for making art relevant to our times. We don’t do social and political issues. We do palm trees, pelicans and other pleasure-seeking pictures. We do the stuff of Matisse, who sought to make art “devoid of troubling or depressing subject matter…a palliative, a mental soother, something similar to a good armchair that does away with the strain of his physical fatigues,”

Matisseville, that’s Sarasota. We’re like the French Impressionists, who ignored the world they lived in. When you think of how Napoleon led his people into a ruinous defeat in the Franco-Prussian war and how the poor lived on horsemeat, the air of detachment in their painting is maddening.

You know those wide Paris street scenes in Pissarro’s “Boulevard Montmartre” or Monet’s “Boulevard des Capucines”? Napoleon widened those boulevards so he could quickly dispatch troops into them if there were an uprising. Such was the tenor of the time. What did Monet and Pissarro do? They ran off to London and painted parks.
Isn’t that us?

Where are our Social Realists? Granted, the movement arose in the ’30s, during the Great Depression, but have you checked in with the outside world lately?

Isn’t it time for Sarasota artists to quit the parallel universe they live in and provide us signs of our time?