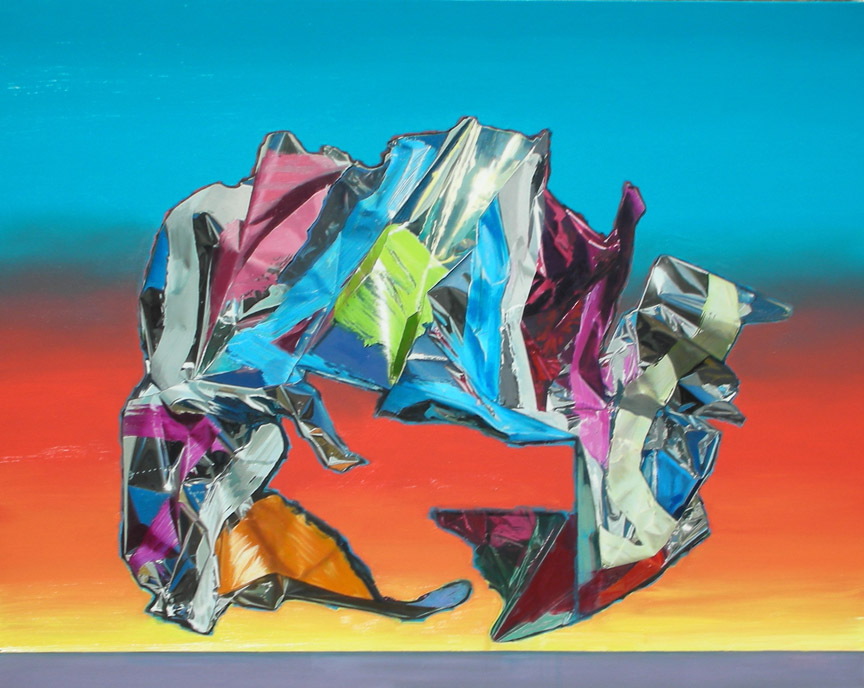 Davies, who is a faculty member in the fine arts department at Ringling College of Art and Design, says that these works “deal with an attempt to reconcile abstraction and some forms of realism. While those two positions seem mutually exclusive they share some common ground, particularly in the use of the picture plane.”

The artist notes that he often explores the concepts of time, uncertainty, and paradox in his work. “I’ve dealt with these themes both consecutively and simultaneously, moving back and forth between them and combining them in various ways and in different media,” he says. “Despite the inherent differences between these three basic archetypes, I’ve tried to use each of them as a metaphor for the condition of uncertainty, the passing of time, and the relation between the generic and the particular.”

Davies’ work has been exhibited in more than 60 group and solo exhibitions in galleries and museums throughout the U.K., France, Germany, the United States and Australia. The artist has received awards from the Arts Council of Great Britain and the West Midlands Art Association, and was elected to the London Group (1985) and the Royal Society of Arts (2004).

Writing about Davies’ work, William Packer, the distinguished critic of the London Times stated: “Painting was ever a kind of game, one of which the artist is forever, indeed must always, be changing the rules, rules that yet remain always the same. The paint is paint, the surface flat, and to lay the one upon the other is to move into the deep space of the imagination. And Davies, through the games he makes up with each new canvas addresses these eternal ambiguities with a true seriousness and originality.” For more information about Hugh Davies, visit www.hughdaviespaintings.com.